Green Day: From Sweet Children to The Father of All

As Green Day recently postpones the North American dates of the "Hella Mega Tour" with fellow headliners Weezer and Fall Out Boy, there is no better time to revisit the punk act's history. From a teenage band to a global rock icon, Green Day is the act that never seems to end.READ MORE 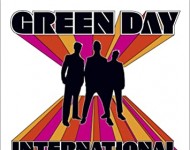 The trio of Billie Joe Armstrong, Mike Dirnt, and Tré Cool has become the voice of a generation with their anthems such as "Jesus of Suburbia," "21 Guns," and "Wake Me Up When September Ends." Get yourself a holiday or have the time of your life with these Green Day vinyl records:READ MORE

Billie Joe Armstrong Pays Tribute to Adam Schlesinger With "That Thing You Do!" Cover

Green Day frontman Billie Joe Armstrong released the latest episode of his "No Fun Mondays" with a tribute to singer-songwriter Adam Schlesinger with a cover of "That Thing You Do!," earlier today, April 20.READ MORE

Green Day frontman Billie Joe Armstrong sang the classic "Wake Me Up When September Ends" at the "One World: Together At Home" event, leaving the curator Lady Gaga in tears yesterday, April 18.READ MORE

Billie Joe Armstrong teams up with The Bangles' Susanna Hoffs for a power-pop reimagining of "Manic Monday," in the latest installment of his quarantine series, April 6.READ MORE 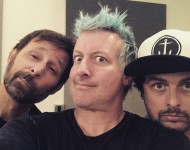 Green Day Might Be Heading On A 'Dookie' 25th Anniversary Tour

Green Day revealed that they have been rehearsing tracks from their seminal third album titled 'Dookie.' The LP which was released in 1994 is set to celebrate its 25th anniversary next year.READ MORE 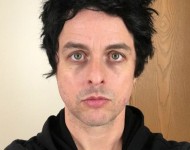 In true rockstar fashion, Billie Joe Armstrong of Green Day ended an epic set at a private party at Cannes Lions 2018 by throwing an expensive guitar. The event was attended by A-list guests.READ MORE 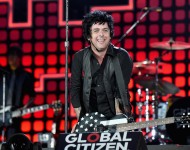 Billie Joe Armstrong and his new band, The Longshot, announced the upcoming release of their project. The Green Day frontman teased his new music on social media in recent weeks.READ MORE 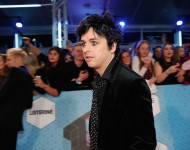 Green Day’s Billie Joe Armstrong is joining the chorus of voices in the music industry speaking out against Trump, and even called our new president “Illuminati” on the radio. The front man may have been in Europe on Election Day, but was just as shocked as the rest of us on Tuesday night and Wednesday morning when it became clear that Trump would be elected.READ MORE 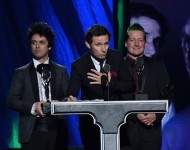 Following the release of their new track “Bang Bang” Green Day bassist Mike Dirnt has expressed his concern over the effects of violent video games in a new interview. The band is slated to release new album 'Revolution Radio' on October 7, and have doubts that the violent world we live in is having no effect on the current generation of children.READ MORE