After staying silent for the past few weeks, Kanye West has finally taken action to support the African-American community, starting with the families of George Floyd, Ahmaud Arbery, and Breonna Taylor.READ MORE

The Show Must Be Paused: Entertainment Companies Suspend Business on "Black Out Tuesday"

The US entertainment industry is taking a day off to show solidarity with the "Black Out Tuesday," June 2.READ MORE 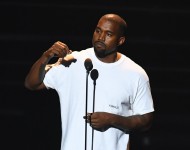 After a long hiatus, Kanye West received backlash on Twitter after expressing his support for Candace Owens. Actors and activists criticized the rapper for his controversial political stance.READ MORE 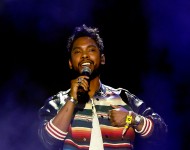 Miguel addressed the Black Lives Matter movement this past Friday night (July 8) and grew so emotional that he broke down onstage.READ MORE 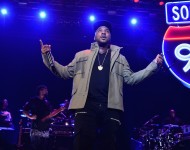 Don Lemon has attracted plenty of criticism, but his show on CNN also attracts a lot of viewers, so it seemed like an ideal platform for Young Jeezy to speak out on the Black Lives Matter movement on Wednesday when he appeared to discuss his latest album.READ MORE 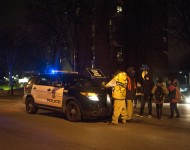 After the city threatened to make public a video that showed a Chicago police officer shooting an unarmed black teenager, the officer was charged with first degree murder.READ MORE 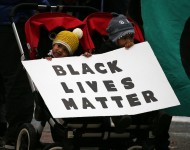 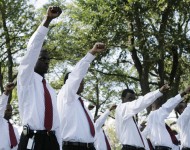 On Saturday (October 10), countless men and women joined together from across the United States to gather in Washington, D.C. on the National Mall to celebrate the 20th anniversary of the Million Man March. The 2015 movement coined the powerful slogan, "Justice or Else," to acknowledge the desperate need for police reforms, equal rights for all mankind and changes in predominantly black communities. If you were not able to make it out for the historic march, don't worry. The gathering is now available to live stream.READ MORE