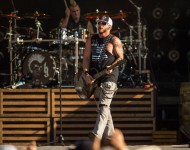 On the helm of his Blackout Tour, slated to kick off tomorrow (Jan. 28), Brantley Gilbert is taking his next album in stride, as his album, "Just As I Am," did extremely well chart-wise. Singles "Bottoms Up," "Small Town Throwdown," "One Hell of an Amen" and "Stone Cold Sober" were a great success for Gilbert, and he is considering releasing a fifth single to add to them. In a new interview, Gilbert shares he thoughts on not rushing his follow-up album to 2014's "Just As I Am."READ MORE 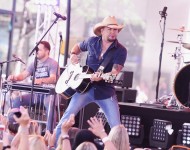 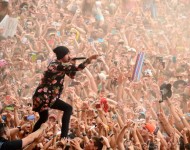 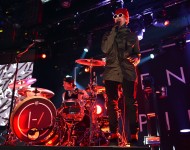 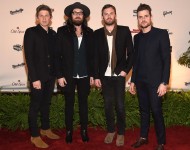 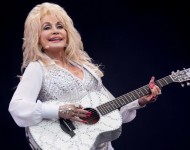 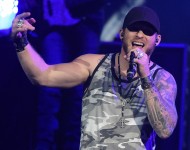 Brantley Gilbert Wrote a Special Song Before Proposing to His Fiance

Avert your eyes, fellas: Brantley Gilbert recently shared his proposal story, and it is tough to top. The 30-year-old country star finally popped the question to longtime on-again/off-again flame Amber Cochran. According to Gilbert, the two have known each other for 10 years, but went five of those years without speaking to each other. He wrote a special song before proposing to his fiance.READ MORE 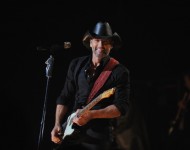 More festival news out of Austin today, Jan. 22, regarding the iHeartRadio Country Festival. Tim McGraw and Brad Paisley have been tapped as the headliners for the second annual event, which kicks off May 2. Rascal Flatts and Brantley Gilbert will also be on hand for the festivities, "Rolling Stone Country" notes.READ MORE 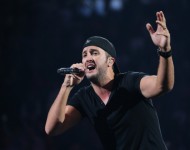 The bar crowd has spoken: Luke Bryan is the undisputed jukebox champion of 2014. TouchTunes, which supplies establishments with digital music machines, announced its most-played artists and songs recently, and the Crash My Party singer is at the top on the list. As Billboard points out, it makes complete sense with tunes like "Play It Again" and "Drink a Beer." AC/DC, Eric Church and Lynyrd Skynyrd were right behind Bryan.READ MORE 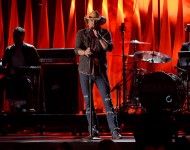 Jason Aldean has joined Taylor Swift in her fight against music streaming subscription service Spotify. The "Burnin' It Down" singer recently removed his latest effort, 'Old Boots, New Dirt', from the service, admitting that he doesn't know what his future is with streaming platforms.READ MORE

The anti-Spotify-cation of the country music genre continues this week as two more big names have opted to remove their wares from the music streaming site. Brantley Gilbert and Justin Moore both announced on Wednesday that they would be pulling their respective discographies from the service immediately. This follows in the wake of announcements over the last two weeks that Taylor Swift and Jason Aldean would be taking similar stands. Why, and why now?READ MORE 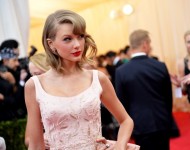 This week marked a major slowdown for record sales but that's kind of to be expected following the drop of a huge album such as Taylor Swift's 1989 last week.READ MORE 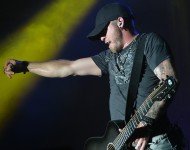 On Monday, Oct. 27, country superstars Kenny Chesney and Jason Aldean announced that they would be combining their massive 2015 stadium tours for 10 dates next summer, and today they have revealed that another country star will be joining them. Brantley Gilbert will be performing with Chesney and Aldean from May to August, as well as five additional dates with Chesney.READ MORE 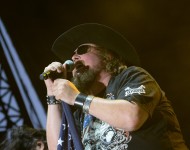 Country Music Calendar - Upcoming Events for the Week of October 27 to November 2, 2014 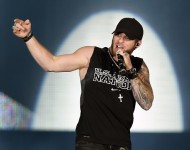 Brantley Gilbert dropped a bombshell that is breaking hearts all over the place on "The Bobby Bones Show" on Tuesday. The 29-year-old country singer, who was engaged to Jana Kramer from January 2013 through August of that year when they broke up, has gotten engaged again.READ MORE