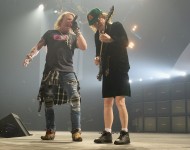 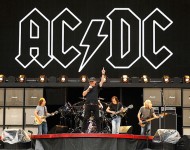 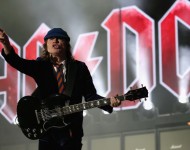 In a Monday press conference meant to give further information about the Ashley Madison hack currently shaking up marriages across the world, Toronto Police began by passing out lyric sheets to the AC/DC hit song "Thunderstruck."READ MORE 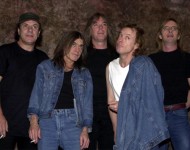 Australian rock legends AC/DC are ready to kick off the 13-date North American leg of their Rock or Bust Tour on August 22 at Gillette Stadium in Massachusetts, and the tour marks the first U.S. tour since 2010. On the secondary ticket market, prices to see the band are rising quickly.READ MORE 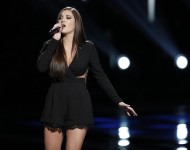 And the cuts begin. The Voice season eight is deep into the live playoffs, and after a decent night of performances from the top 12 on Monday night, tonight (April 14), it was time to start trimming off the fat.READ MORE 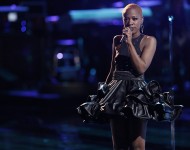 The Voice live shows are, far and away, the best part of the competition. Maybe it's because it recalls the tried and true format of American Idol (with the team twist), but it's here that we really, truly get to know all of the contestants. And what a joy that is. Tonight (April 7), the singers from Christina Aguilera and Adam Levine's teams got to show off their stuff, and it was a slow start to get to the really engaging performances.READ MORE 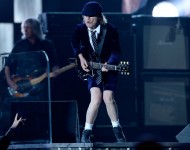 AC/DC recently unveiled the video for its third single from 'Rock or Bust,' "Rock the Blues Away." The feel-good rocker is the first clip from the new album to feature drummer Chris Slade, who will be behind the kit for the foreseeable future as Phil Rudd deals with his legal issues. The song follows "Play Ball" and the title track from the new effort.READ MORE 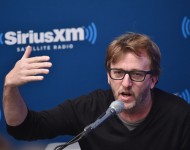 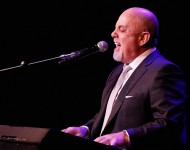 Billy Joel rang in the New Year at the Amway Center in Florida, saving one big surprise for midnight. AC/DC's Brian Johnson joined the New York native on stage for a heavy rendition of his band's classic "You Shook Me All Night Long." The crowd could not have been happier. Joel got up from his piano for this one and slung a guitar around his body for the 1980 tune from "Back in Black." Johnson howls in the clip below, via Ultimate Classic Rock, as Joel and his band play a spot-on cover. The crowd freaks out at the end of the song, knowing too well that they just witnessed two of rock's best slay an awesome song. Previously, Johnson stopped by Madison Square Garden in March to perform the tune with Joel. The Piano Man also took on "Highway to Hell" in August with Dead Daisies frontman Jon Stevens. Everyone in the rock realm seems to be showing some love for AC/DC as of late. Gov't Mule collaborated with Slash and Myles Kennedy New Year's Eve on an entire set made famous by the Australian rockers. The setlist included "Shoot to Thrill," "T.N.T." and "Dirty Deeds Done Dirt Cheap." Check it out here.READ MORE 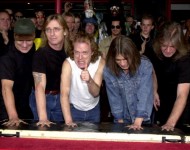 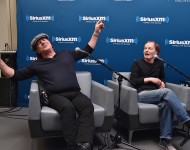 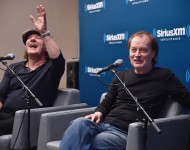 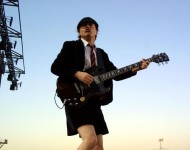 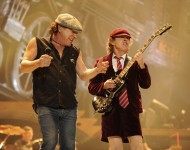 Frontman Brian Johnson has revealed to Classic Rock that AC/DC has completed their long-awaited new album, the follow-up to 2008's Black Ice. He told them that the as-yet-untitled album was finished following a series of intense studio sessions in Vancouver.READ MORE 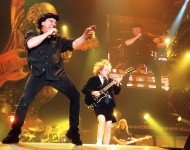 AC/DC's lead singer Brian Johnson has announced that his band will most likely be touring again later this year, which would be the band's first tour since 2010. The announcement came yesterday in an update posted on brianjohnsonracing.com, Johnson's website for his car racing TV series Cars That Rock.READ MORE