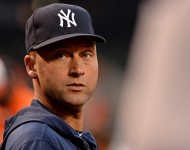 Derek Jeter Responds to 50 Cent, Frigo Scandal with a Lawsuit

Derek Jeter has filed a lawsuit against Frigo for their claims that he left the company because of 50 Cent's involvement.READ MORE 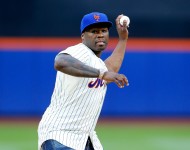 It seems as if 50 Cent's Mets fandom has solidified a bit this week. In response to rumors that New York Yankees legend Derek Jeter had ended his relationship with the Swedish underwear company Frigo after the rapper got involved, 50 said, "Let's go Mets?"READ MORE 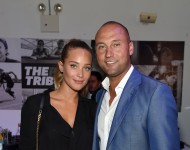 Derek Jeter has popped the question to girlfriend Hannah Davis on Sunday, according to reports. The Sports Illustrated swimsuit model's answer was yes -- officially making Jeter an engaged man and effectively taking him off the market.READ MORE 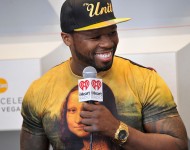 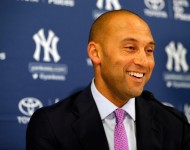 Well, of course Derek Jeter had a plan after deciding to retire from the kind of baseball career that will no doubt lead him into the Hall of Fame.READ MORE 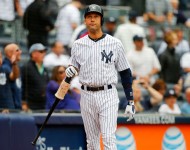 Tonight is the night all New York Yankees fans have been waiting for.READ MORE