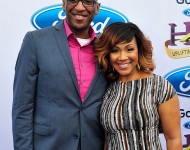 Just when the church was ready to say Amen to the announcement of Gospel recording artist and Pastor, Donnie McClurkin's engagement to Nicole C Mullen; Erica Campbell declared the information to be "false news" on her social media sites, setting the record straight that they are not engaged as of now but are in a loving relationship.READ MORE 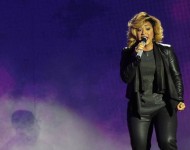 Erica Campbell caused quite a stir when she released her new song, "I Luh God." She recently released a video for the controversial track.READ MORE 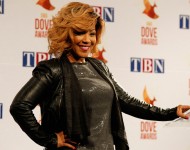 Erica Campbell of Mary Mary has caused quite a stir over her new single "I Luh God." She recently spoke on the controversial "trap gospel" song with Tom Joyner.READ MORE 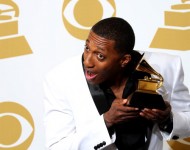 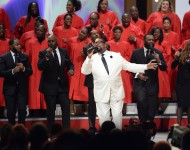 The Billboard 200 is dealing with a juggernaut, in the form of the Frozen soundtrack.READ MORE

Erica Campbell of Mary Mary is branching out to start her own solo career. On June 25, she released the first single from her upcoming solo album entitled, 'A Little More Jesus,' on June 25.READ MORE