Scott Storch and Mannie Fresh Are Battling on Instagram Live 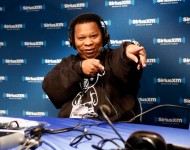 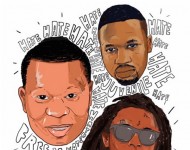 Last month, Mannie Fresh and Juvenile shared their plans to release a collaborative album with Lil Wayne and now, the three New Orleans artists are giving fans a taste of what to expect on the project. Fresh released a new track titled "Hate" via Mass Appeal on Thursday (Feb. 25).READ MORE 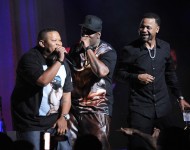 Lil Wayne, Juvenile and Mannie Fresh Are Making An Album

Lil Wayne has kept a pretty steady stream of music flowing over the course of 2015, despite the fact that his crown jewel, The Carter V, was locked up as a primary exhibit in his lawsuit with Birdman's Cash Money Records. It appears as though Weezy is working on a new album with Hot Boys member Juvenile and long-time collaborator Mannie Fresh.READ MORE 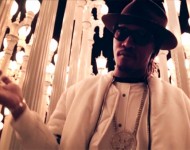 Since the October release of his 'Monster' mixtape, Future's "F*ck Up Some Commas" has become a fan favorite. The Atlanta rapper recently shared a remix of the track featuring Rick Ross and Big Sean.READ MORE 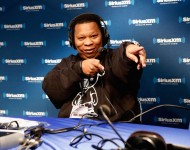 Mannie Fresh on Lil Wayne 'Carter V': "We Went Back to the Original Feel"

The battle over Tha Carter V between Lil Wayne, Birdman and Cash Money Records has gone on for seemingly an eternity. It has become the centerpiece of a $51 million lawsuit levied by Lil Wayne against Cash Money. Mannie Fresh, a major figure in the development of Lil Wayne and Cash Money recently sat down with Montreality to discuss a variety of topics including his first paycheck, Tha Carter V, Kanye West and much more.READ MORE 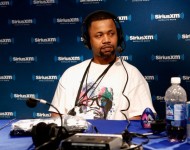 Juvenile was one of few rappers rushing back into Cash Money amid its lawsuits with Lil Wayne, Turk and Jas Prince, and now he's got something to show for it, having released his Mardi Gras 2 mixtape, the first for the emcee since he came back to the label.READ MORE 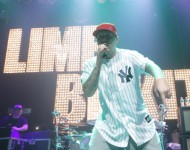 Cash Money is on the brink of losing Lil Wayne, Drake, Nicki Minaj, Tyga and perhaps even more performers. So who does Birdman have left? Believe it or not, Limp Bizkit and Austin Mahone may be his best bets.READ MORE 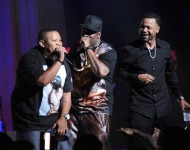 Mannie Fresh was somewhat of a mentor to Lil Wayne. He helped Weezy in the studio early on and his influence on the Cash Money Records brand is undeniable. That relationship puts Fresh in a unique position to be able to talk about Wayne's recent beef with the label with some authority. The hip-hop producer spoke to the Associated Press before the Grammys, saying Wayne has outgrown Birdman and CM.READ MORE 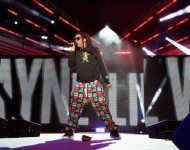 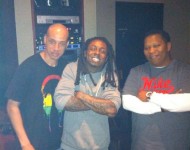 Back in May, Mannie Fresh confirmed that he was working on Lil Wayne's new album "Tha Carter V," and now he's opening up about maintaining a relationship with the rapper despite a feud with Cash Money.READ MORE 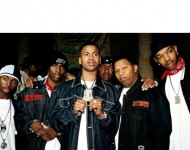 Mannie Fresh Breaks Down The Development of Cash Money Records, Working With Juvenile And B.G.

More than 20 years ago Cash Money Records was founded. The label's former in-house producer Mannie Fresh recently broke down the development of Cash Money and his experiences with artists like Juvenile and B.G.READ MORE

Lil Wayne and Mannie Fresh reunite in the studio