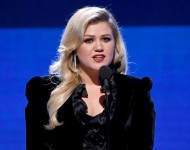 Kelly Clarkson and Reba McEntire have had a great relationship over the past couple of years, but it seems like it all changed when she filed for divorce from Brandon Blackstock.READ MORE

Fathers have always been the image of strength and reliability. They often had to meet expectations to provide for the family, know how to work around the house, and keep mom and the kids safe from harm. Despite being stoic and strict most of the time, they are human beings like the rest of us. Here are 5 tearjerking tracks inspired by dads.READ MORE 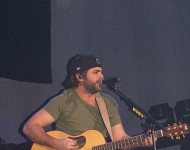 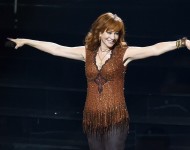 Neil Patrick Harris' new variety show, 'Best Time Ever,' is a throwback to the variety show format of old, when theatrics and dance numbers played a bigger role in TV entertainment. On Tuesday's show he continued that theme with a modern twist as Reba McEntire performed a country-western cover of Taylor Swift's "I Knew You Were Trouble," during an old-timey saloon brawl sketch.READ MORE 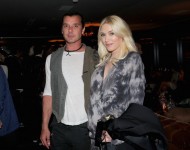 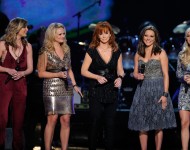 A country radio DJ recently made headlines when he declared that if broadcasters were to feature less female-fronted music in their rotations, listener numbers would increase. That statement struck most decent human beings as stupid, and now a study from Creative Artists Agency—a company that specializes in branding—has given some solid proof that the statements were legitimately stupid. Turns out that three of the biggest six names among advertising's six biggest stars are country performers: Carrie Underwood, Reba McEntire and Faith Hill.READ MORE 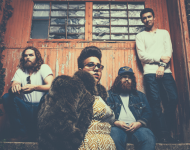 Alabama Shakes started high up on the Billboard 200 and now they do the same on the Albums charts thanks to the high-volume of full records sold by the band. The band's Sound & Color becomes the first independent label record to top the chart during 2015, thanks to more than 87,000 units moved...making up more than 90 percent of its Billboard 200 total.READ MORE 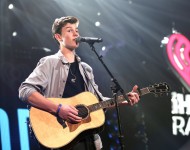 If you're a fan of music, there's something soothing about waking up to the Billboard Album charts and seeing four brand new titles at the top: Shawn Mendes and 'Handwritten' topped the sales charts this week, and he was followed in the nos. 2-4 spots by three other debut releases.READ MORE 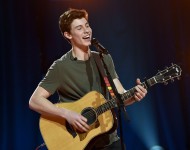 We may be witnessing the emergence of the next big young superstar as Shawn Mendes topped the Billboard 200 this week with his debut LP Handwritten. He becomes the youngest performer to top the chart since 2010, when Justin Bieber also did it at the age of 16 (albeit six months younger than Mendes). What makes Mendes' accomplishment more impressive is that he did so without a single on the Billboard charts, drawing almost entirely from hype built as a Vine star (and as an opener for Taylor Swift on tour). He moved 119,000 copies of his debut.READ MORE 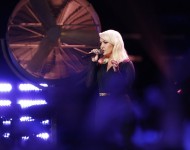 'The Voice' Season 8 Recap & Review: Top 12 Perform as Some Break Out & Others Fall Way Behind

The Voice season eight has found its groove in the live rounds. After eliminating eight contestants last week (April 8) in a slaughterhouse results show, on Monday night (April 13), the top 12 finally got what was theirs by breaking out and showing America what they're made of... with the help of Reba McEntire, of course.READ MORE 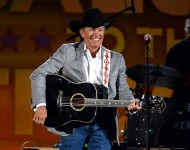 George Strait may have travelled off the touring horizon with his "The Cowboy Rides Away" farewell concert at AT&T Stadium in Dallas last year but that doesn't mean he's done with performing, or even new music. In fact, the Academy of Country Music confirmed that the icon would be playing just that, new music, when he appears at the ACM Awards on April 19. Jason Aldean, Kenny Chesney, Eric Church, Florida Georgia Line, Reba McEntire, Blake Shelton and Keith Urban will also be performing that night.READ MORE 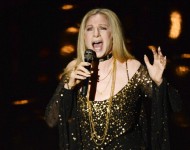 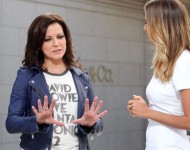 Nash Icon continues to scoop up old school talent. After nabbing Ronnie Dunn and Reba McEntire, the label's new acquisition is Martina McBride, the Kansas-born singer with four No. 1 country albums under her belt.READ MORE 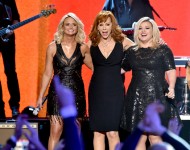 Kelly Clarkson 'Miracle on Broadway' Benefit: 'I Basically Guilted People into It'

Kelly Clarkson raised $400,000 at her Miracle on Broadway benefit this weekend in Nashville, which featured the likes of Reba McEntire, Meghan Trainor, Hayley Williams, Kacey Musgraves and several other stars. On Tuesday, CMT revealed Clarkson's secret to landing so many celebrities. "I basically guilted people into it," Clarkson said. "I've never asked an artist to do anything, except for sing with me, which a lot of people say no, and it hurts my feelings. So it was a very brave thing for me." One of those recruits was Country Hall of Famer Dolly Parton, who Clarkson contacted at the behest of her husband.READ MORE 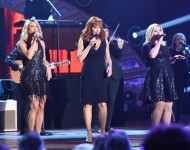