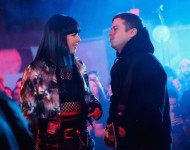 Sleigh Bells are hitting the road in February and March.READ MORE 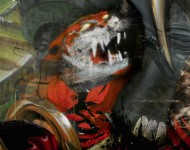 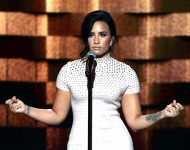 Alexis Krauss and Derek Miller, members of the indie pop group Sleigh Bells, have filed a lawsuit against Demi Lovato for copyright infringement. According to the duo, the pop singer's "Stars" track from 2015 copied certain elements from their "Infinity Guitars" song.READ MORE 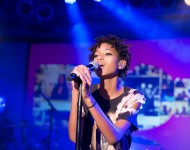 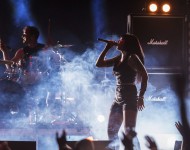 Sleigh Bells have surprise-released the first taste of their forthcoming fourth album, a new song entitled "Champions of Unrestricted Beauty." The Brooklyn-based noise pop duo of Alexis Krauss and Derek Edward Miller tweeted "We are finishing up our record, didn't want to wait" when they first dropped the song; a few hours later they self-released a video in which they set a bunch of balloons on fire. Watch the new video and listen to the band's poppiest song yet, below.READ MORE 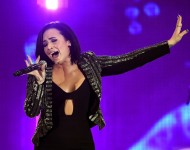 There may be more than a few similarities between Demi Lovato's Confident track "Stars" and two songs from by Sleigh Bells. And, even though the noise rock duo themselves have called out the ripped samples, in an expected move two of Lovato's producers have denied using "Infinity Guitars" and "Riot Rhythm."READ MORE 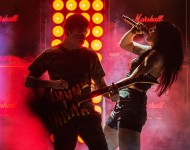 Demi Lovato has found herself in some hot water with one new song on her album Confident. According to noise rock duo Sleigh Bells, the album track "Stars" rips off two of their songs from their debut album Treats.READ MORE 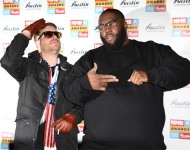 Most music fans are familiar with the major music festivals like Bonnaroo, Coachella, Glastonbury and Lollapalooza that showcase the biggest bands in the world. However, there are plenty of smaller local festival that showcase mid-level, up-and-coming and local acts that will be the next wave of headliners at those major, big-ticket festivals. New York City has countless music events happening every weekend, notably during the summer, and in three weeks, Northside Festival will be taking over Brooklyn with a combination of speakers, films and music. The festival just announced the majority of the artists who will be performing this year including Best Coast, Run The Jewels, Zola Jesus and Vince Staples.READ MORE 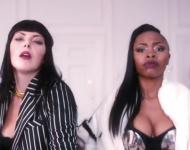 Brooklyn noise pop duo Sleigh Bells have shared the music video for their Tink collaboration "That Did It," which you can check out below. The Grant Singer-directed clip features Sleigh Bells singer Alexis Krauss grooving along to the track with Tink in what looks like a mansion with a bunch of motionless people just hanging around. Sleigh Bells guitarist Derek E. Miller does not make an appearance, though he does get a brief shout-out during one of his guitar fills. You can check out the music video for Sleigh Bells and Tink's "That Did It" here:READ MORE 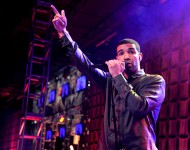 Though there are some good examples of child actors who continued to have successful careers into their adulthood, such as Jodie Foster or Joseph Gordon-Levitt, a great number of them end up fizzling out. That's probably why these seven actors turned to music once they reached adulthood.READ MORE 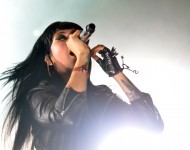 The temperatures were rising and the music was pumping at Governors Ball 2014 Day Two on Saturday (June 7). After an electrifying Day One, which boasted sets from Outkast, Phoenix, Damon Albarn and more, the masses returned to Randall's Island once again, in order to get a glimpse of The Strokes live (among other acts).READ MORE 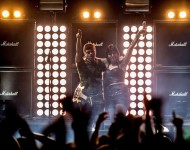 Sleigh Bells are just about to wrap up the first leg of its 2014 tour. But, if the “Bitter Rivals” duo didn’t make it to your town, worry not. Today (April 30), right before wrapping up the first round of shows in Charleston, South Carolina, Sleigh Bells announced a new North American leg for June.READ MORE

EA Sports has announced the complete soundtrack for NBA Live 14. The soundtrack, referred to as the NBA Live Mixtape, spans genres including hip-hop, EDM, indie rock and trap with artists such as Big Sean, Lorde, Run the Jewels, Dilpo, Pusha T and Sleighbells on the tracklist.READ MORE

Sleigh Bells stopped by Jimmy Kimmel Live! last night to perform two songs off the most recent album Bitter Rivals. Their performances are always fairly raucous, so when the duo of Alexis Krauss and Derek E. Miller added a horn-section trio, three backup singers and a live drummer, the energy of their set exploded.READ MORE