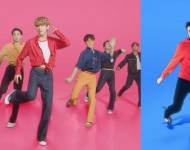 Indie and folk-rock act The Lumineers made an easy listening session of Jimmy Fallon's "The Tonight Show" with their at-home performance of "Salt and the Sea," Tuesday evening, April 28.READ MORE

Singer-songwriter Alessia Cara was the latest artist to visit Jimmy Fallon's "The Tonight Show," where she performed her single "October" and played "One Word Song," Monday, April 27.READ MORE 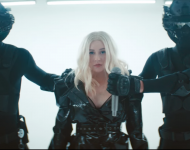 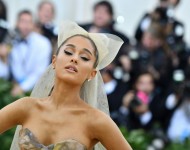 Ariana Grande performed a unique rendition of 'No Tears Left to Cry' with Jimmy Fallon and The Roots. Her newest single was released last month, and it will be featured in her upcoming album.READ MORE 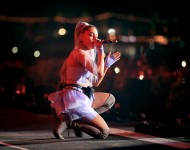 Ariana Grande just confirmed that she's releasing a new album called 'Sweetener' this summer. Some of the songs featured in the compilation are 'R.E.M.,' and 'Raindrops.'READ MORE 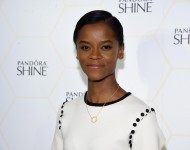 'Avengers: Infinity War' star Letitia Wright recently wowed Jimmy Fallon and the live audiences after she had shown them her rapping skills. The actress appeared on Fallon's late-night talk show this week.READ MORE 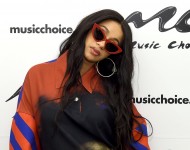 Cardi B confirmed that she will be earning much less than what she would have to spend for her stage set at this year's Coachella. The singer will perform at the festival on April 15 and 22.READ MORE 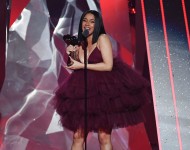 A new report revealed that Cardi B will co-host 'The Tonight Show' with Jimmy Fallon on Monday, April 9. The rapper will also perform a single from her highly-anticipated album, 'Invasion of Privacy.'READ MORE 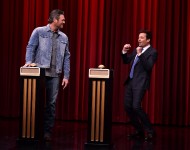 Blake Shelton was unable to guess Gwen Stefani's song 'Hollaback Girl' on 'The Tonight Show Starring Jimmy Fallon.' The country musician joked that he might have just lost everything.READ MORE 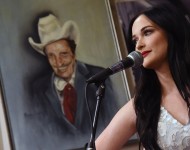 Kacey Musgraves just performed her new song 'Space Cowboy' on 'The Tonight Show Starring Jimmy Fallon.' The track is part of her 'Golden Hour' album, which will be released on March 30.READ MORE