Earlier this week a toy company called Goldieblox put out a video that featured three girls playing with "not your typical girlie toys" and signing an altered version of the Beastie Boys' song "Girls." According to a lawsuit filed on Thursday by Goldieblox, "the Beastie Boys have now threatened GoldieBlox with copyright infringement." READ MORE 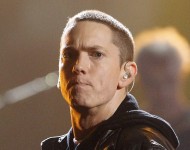