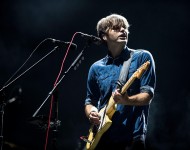 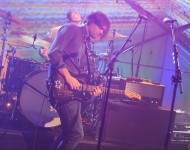 Death Cab for Cutie has shared the fourth and latest single from 'Kintsugi.' "Little Wanderer" follows "No Room in Frame," "The Ghosts of Beverly Drive" and "Black Sun." It is an understated, breezy tune that celebrates a love's restless soul, and Ben Gibbard's vocals are as sweet as ever.READ MORE 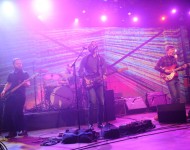 The title for the new Death Cab for Cutie album is "Kintsugi." According to an interview with "Rolling Stone," the album's name is a Japanese artform that captures where the band is currently. After 17 years, guitarist Chris Walla left the band in 2014, and now Ben Gibbard and Co. have to find a way to move forward without forgetting their humble past. "It's a Japanese style of art where they take fractured, broken ceramics and put them back together with very obvious, real gold," bassist Nick Harmer said. "It's making the repair of an object a visual part of its history. That resonated with us as a philosophy, and it connected to a lot of what we were going through, both professionally and personally." Walla announced his departure from the band in September, playing his final gig with Death Cab the following month. "In the West, if you break an heirloom, you either throw it away or you make the repair as invisible as possible," he added. "But there's this artistic movement in Japan where the repair of it, the damage of it, is more important as part of the history of something than repairing it to its original state."READ MORE 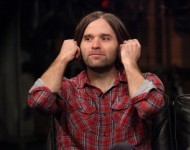 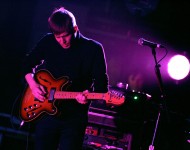 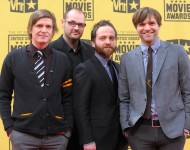 In a statement released through Seattle news site Slog, Death Cab for Cutie guitarist/producer Chris Walla has announced that he will be leaving the band next month. His last show will be on Sept. 13 at the Rifflandia Festival in Victoria, British Columbia.READ MORE