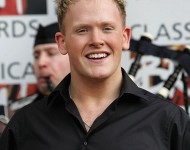 Mentor Nicky Spence Explains Why 'Everyone Can be a Singer'

Tenor Nicky Spence Believes it just takes the right confidence and training to bring out the singer in anyone!READ MORE 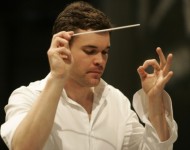 It has been a good year for the Wigglesworths! First, Mark Wigglesworth is named Edward Gardner's successor at English National Opera, now Ryan Wigglesworth has been picked to succeed Markus Stenz as the Halle Orchestra's new principal guest conductor.READ MORE

The Column: All (or Most) Change in United Kingdom's Classical Music Scene?

But I wouldn't bet against Kirill Karabits being snapped up. Bournemouth has historically been a springboard for higher-profile appointments--and being from that town, myself, I yield to no one in my borderline fanatical admiration for its orchestra.READ MORE

So, the news that Edward Gardner is stepping down after only seven years is almost as much of a shock as the simultaneous announcement that Mark Wigglesworth will follow him.READ MORE

The Column: Are Live Broadcasts Good for Classical Music?

Time Out London is reportedly to ditch all classical music coverage. It's a decision sure to provoke outrage in music circles.READ MORE

Looking at New York City Opera, in the Past Tense

Sad news from the opera world. Richard Angas, one of the leading British basses of his generation has died. Halfway through a rehearsal at English National Opera of Britten's Peter Grimes, he collapsed and was rushed to hospital...READ MORE