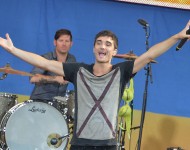 Tom Parker became emotional after his band, The Wanted, reunited amid his tragic cancer battle.READ MORE 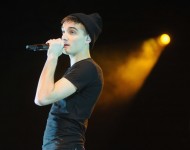 One of The Wanted's vocalists, Tom Parker, recently revealed in his new documentary "Tom Parker: Inside My Head" that he is suffering from an aggressive type of cancer.READ MORE 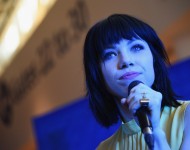 Earlier this month, Carly Rae Jepsen announced that she will be extending her Gimme Love Tour into 2016. The second run of the tour will kick off on February 12 at The Ritz in Raleigh, North Carolina and it will run until March 26, where it wraps up at The Paramount in Huntington, New York.READ MORE 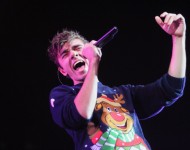 When "Glad You Came" band The Wanted announced its extended hiatus last year, it wasn't a question of if any of the members would go solo - it's a matter of when. And exactly one year after the split, the first member of the band has announced his intentions for a solo career. Yes, Nathan Sykes is going it alone. Today (Jan. 26), the baby-faced former boyfriend of Ariana Grande announced that he will be releasing his own album.READ MORE 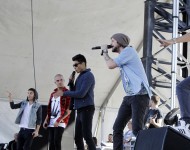 The Wanted is splitting up after 'Word of Mouth Tour'

The Wanted recently tweeted a link to fans explaining that they are breaking up post tour. READ MORE 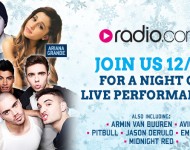 Bad news for fans of the UK's other boy band: The Wanted have been forced to cancel all of its "mainland" European tour dates for 2014. No reason was given for the cancellation, but many suspect it has something to do with member Max George leaving the group during its North American tour due to "attend some family matters." No further details were shared in that ordeal either. READ MORE 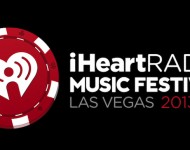 It's been just a week since "The Way" singer Ariana Grande and her Janoskians performer boyfriend Jai Brooks broke up. Now, however, there is reportedly a new man in Grande's life, and it is none other than her "Almost Is Never Enough"READ MORE

WATCH Backstreet Boys Perform 'In A World Like This,' 'I Want It That Way' on 'America's Got Talent' [VIDEO]: Nick Carter Takes Light Jabs at One Direction, The Wanted on Twitter