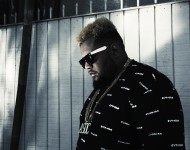 We ate pizza with Carnage and talked about his album, how race impacts his image and of course food.READ MORE 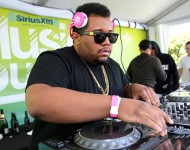 Carnage has responded to the accusations that he used pirated software in a recent tutorial for Razer Music.READ MORE 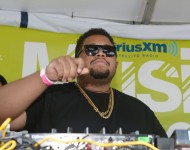 Los Angeles-based DJ Carnage is only a few days away until he releases his debut album Papi Gordio and normally artists would be celebrating at this moment, but instead the "Break The F*cking Walls Down" DJ has another worry on his mind. He was recently tabbed by gaming hardware company Razer to join their roster of artists as part of its newly launched Razer Music platform that gives producers tips and tools to hone their skills at making music. However it appears as though he was just dropped by Razer after a recent controversy involving a pirated plugin became public and was not handled well by CarnageREAD MORE 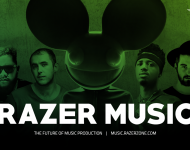 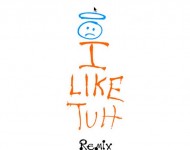 Lil Wayne and G-Eazy have hopped on the remix for ILoveMakonnen and Carnage's spring single "I Like Tuh." The two rappers add their own verses in place of Makonnen's, while managing to rap over Carnage's wonky production with its high-pitched synths.READ MORE 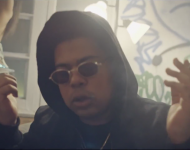 "Tuesday" rapper iLoveMakonnen and "Bricks" DJ Carnage have unveiled the music video for their recent collaboration "I Like Tuh." One of the most outrageous things you will see all day, the "I Like Tuh" music video is more of a short film at nine minutes in length as they follow two drug dealers in a poorer area of Echo Park as they strike it rich, selling drugs and creating friends and enemies along the way.READ MORE 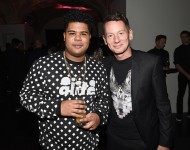 ILoveMakonnen and Carnage Team Up on 'I Like Tuh': 'Tuesday' Rapper Shares New Music [LISTEN]

ILoveMakonnen has rode the success of "Tuesday" all the way to a Grammy nomination, but now it is time for him to show off what he can do after the big hit. He attempts to do this with a new track alongside big room festival trap producer, Carnage titled "I Like Tuh."READ MORE