In the middle of quarantine, Dashboard Confessional spiced up Spotify Singles with their cover of Post Malone's "Circles" and an updated version of their 2000 hit "Screaming Infidelities," April 29.READ MORE 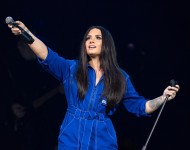 Demi Lovato and Q-Tip collaborated in a new cover of 'Don't Go Breaking My Heart.' The song was originally released by Elton John and Kiki Dee in 1993.READ MORE 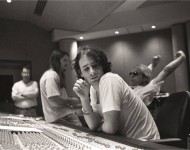 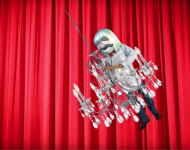 The Muppet known as the Swedish Chef has paused from making popcorn for just long enough to record and release a video of him Bork Bork Bork-ing his way through Sia's "Chandelier." Aptly renamed "Cherndelifer," the cover is the product of Brock Baker, the comedian also known as the McGoiter of YouTube fame. Watch the video below.READ MORE 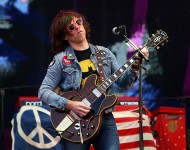 Ryan Adams and Natalie Prass Do a 'Dirty Dancing' Cover

Count me among those who worship at the altar of indie rocker Ryan Adams. He is quite simply one of the best when it comes to doing an amazing cover of classic songs. From Oasis's "Wonderwall" to Alice in Chains's "Down in a Hole" and so many in between, he never fails to impress. During a live show Tuesday, March 3, in Cork, Ireland, Adams and opening act Natalie Prass took on a classic from the soundtrack to 1980s classic 'Dirty Dancing.' No, it wasn't "(I've Had) the Time of My Life," as you might expect, but instead leading man Patrick Swayze's song "She's Like the Wind." It was everything you could have hoped for and more.READ MORE 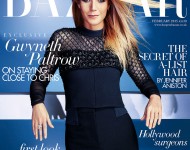 Gwyneth Paltrow and Chris Martin grabbed headlines earlier this year, not only for announcing that they were ending their marriage, but also for making the phrase "conscious uncoupling" a thing. Sometimes it is said with seriousness, other times it has a sarcastic tone, but one thing is for sure: Everyone out there has heard it. In the months that have followed their formal split, Paltrow and Martin have actually seemed closer and tighter than ever. There has been speculation about a reconciliation and there were rumors that she single-handedly imploded Martin's brief fling with Jennifer Lawrence. Paltrow is tackling all the topics in her new interview in the February issue of "Harper's Bazaar UK." Ironically, the actress is the first to admit that she often contemplates whether or not they should still be married. "It's painful, it's difficult, it might be easier to say, 'I never want to see you again,' but what good does that do anyone? We've made a lot of mistakes, and we've had good days and bad days, but I have to say, I'm proud of us for working through so much stuff together — and not blaming and shaming. Of course, there are times when I think it would have been better if we had stayed married, which is always what your children want. But we have been able to solidify this friendship, so that we're really close," said Paltrow.READ MORE 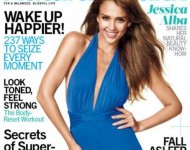 Jessica Alba might just be one of the busiest celebrity moms around. When she is not chasing after her two daughters with husband Cash Warren, she might be reading lines for her current acting gig. Or she could be in the boardroom completely proving that she is more than capable of running the million-dollar company she founded, The Honest Company. In January, you will find Alba covering the latest issue of "Natural Health." While the actress admits that she rarely gets through a business meeting without candy and popcorn, which are office staples, she still often comes under fire for being extremely thin. Alba has always worked out a lot and has admitted it, but she claims her reasons for doing so are different now. "I didn't appreciate working out when I was in my 20s. It was purely for work, and I hated it so much. It was just brutal. Now I enjoy it, because it's 'me' time and a stress-reliever. It's fun to mix it up. And I really like to work out with friends. They keep me accountable. I like how I feel after a workout. I'm a little squishy right now. It's fine. I don't care," says Alba in her interview with "Natural Health." It sounds like perhaps all these years under the microscope of Hollywood has left Alba with a little bit of a distorted body image because it is hard to imagine anyone calling her squishy, especially when she was just ripped apart for looking anorexic in a recent photo that she posted from a vacation in Thailand.READ MORE 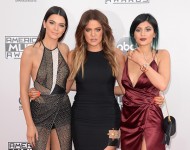 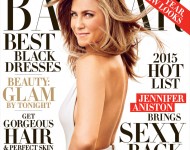 Like we said the other day, Jennifer Aniston is everywhere, including on the December cover of Harper's Bazaar. After buckling down and doing some real work on a few films, Aniston is now hitting the media trail to promote her latest work and the interview that accompanies her latest cover seems to unveil a different side of the actress. Finally, after years of watching the tabloids scream headlines about the status of her love life, Aniston really seems not to care one bit and she thinks that people are smarter than the magazines give them credit for being.READ MORE 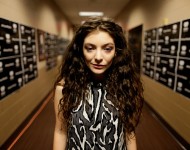 Even as a 12-year-old, New Zealand singer Lorde had a voice that could make a popular tune like Kings of Leon hit "Use Somebody" completely her own.READ MORE 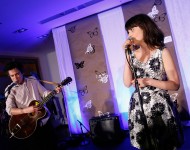 She & Him Take on Frank Sinatra's 'Time After Time' [LISTEN]

She & Him have a new album of timeless tunes coming out titled "Classics," and the pair have recently shared their rendition of Frank Sinatra's "Time After Time."READ MORE 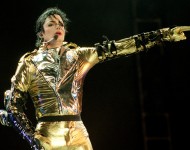 A variety of scary artists like Ozzy Osbourne, Avenged Sevenfold, Busta Rhymes and Rob Zombie "stop by" in the latest "10 Second Songs" segment by Anthony Vincent to lend their voices to Michael Jackson's "Thriller." Vincent kicks off the clip doing his best Jackson impersonation, which, as "SPIN" notes, could use some work. But for the rest of the video, it is smooth sailing for the singer. He tears into The Misfits — circa 1980 — and a scary good Marilyn Manson before arriving at his hilarious Scary Spice voice. Stevie Wonder's "Superstition" take is a gem along with Vincent gruffing up his voice for Tom Waits.READ MORE 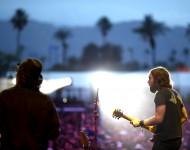 Tomorrow night's "Sons of Anarchy" montage will be graced by another rock 'n' roll classic: Bob Dylan's "All Along the Watchtower." For this one, music supervisor Bob Thiele Jr. and The Forest Rangers slow things down and take the classic tune to a whole bluesier level.READ MORE 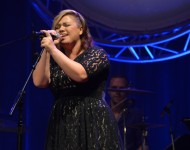