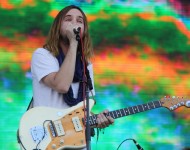 For the very first time, Tame Impala has erupted in the Top 10 of the UK's Official Albums Chart with their third dance-leaning studio album, 'Currents.' The Perth, Australian band's third LP stormed the charts today and stole the number three slot, undoubtedly surpassing the successes of their 2012 debut album, 'Innerspeaker,' which sat at Number 144 and their 202 follow-up album, 'Lonerism', which peaked at Number 14.READ MORE 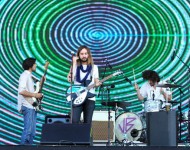 Tame Impala's Dance-Leaning 'Currents' Available to Stream Ahead of Release

A few days ahead of 'Currents's July 17 release, Tame Impala is currently streaming its third studio album in its entirety across NPR Radio and CBC Music. Shadowing the Australian band's 2010 debut album 'Innerspeaker' and their 2012 sophomore follow-up 'Lonerism,' Kevin Parker and company decided to voyage in a differect direction for a more dance-leaning LP.READ MORE 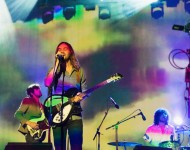 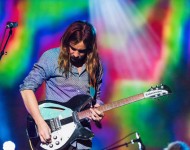 The lyrics to Tame Impala's "Cause I'm A Man," are rumored to be sexist, but front man Kevin Parker knew this day would come, denying any negative connotations and sexist interpretations. Releasing the song in conjunction with their third studio album Currents, some have dissected the lyrics as Parker's way to attribute his bad behavior to simply being a male. The lyrics read, "Cause I'm a man, woman, Don't always think before I do, Cause I'm a man, woman, That's the only answer I've got for you."READ MORE 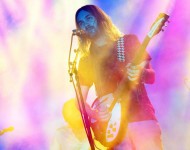 Perth, Australian rockers Tame Impala have been dropping tracks in preparation and celebration of their third studio LP release of Currents on July 17. Now, a 3D, mesmerizing video has been unveiled for the album's lead single 'Cause I'm a Man.'READ MORE 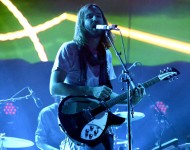 Following their freshman and sophomore albums 'Innerspeaker' and 'Lonerism,' Australian psychedelic rock band Tame Impala will shortly see the release of their third LP, 'Currents.' Talking to fans through a Reddit Ask Me Anything, front man Kevin Parker divulged detailed stories as well as the third track off of 'Currents.'READ MORE 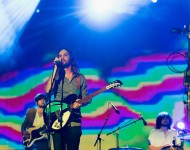