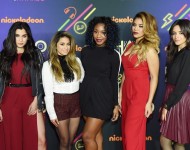 REVIEW: Fifth Harmony Prove They're "Worth It" in New Single Ahead of 'Reflection' Release Date [LISTEN]

Fifth Harmony first declared that they were the dominant girls in their sizzling summer hit "BO$," then they got tender in their second new song "Sledgehammer" and now, once again the girl group has gone back to proving their sass. Today (Jan. 20) ahead of the release of their long-anticipated debut album Reflection, 5H has released a new single "Worth It."READ MORE

Fifth Harmony are about to hit you live just like a "Sledgehammer." Ahead of the release of the girl group's long-anticipated debut album Reflection, today (Jan. 7), 5H announced that it will be touring North America this winter with a strong of 20 tour dates across the United States and Canada.READ MORE 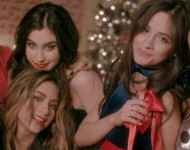 Fifth Harmony "All I Want for Christmas Is You" Music Video Features Snow, Lights and a Happy Gift Exchange [WATCH]

The Christmas spirit is everywhere, and the girls of Fifth Harmony are getting in on the action. Today (Dec. 3), the "Sledgehammer" group spread the holiday cheer by releasing a very peppy, gift-filled music video for its cover of Mariah Carey's classic track "All I Want for Christmas is You."READ MORE 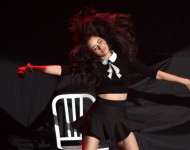 And it was over just as quickly as it was confirmed. After a short period of dating, it seems as though tween icons Austin Mahone and Fifth Harmony's Camila Cabello have broken up. In a new radio interview, the "Sledgehammer" singer admitted that she and her fellow rising pop star beau have "recently" called it quits.READ MORE 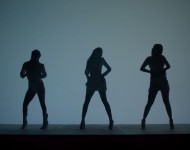 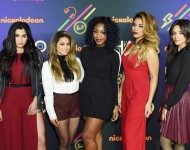 Fifth Harmony Cover Mariah Carey's 'All I Want for Christmas Is You,' Meghan Trainor Does Original 'I'll Be Home' for Holiday EP [LISTEN]

We are a little more than a week away from Thanksgiving, which means Christmas is in the air ... and has been for a few weeks now. Epic Records has put together an EP of holiday covers titled "I'll Be Home for Christmas" that includes Fiona Apple, Sara Bareilles and Ingrid Michaelson, among others. Female R&B group Fifth Harmony are on the EP, and they decided to take on Mariah Carey's 1994 classic "All I Want for Christmas Is You" while Meghan Trainor contributes an original titled "I'll Be Home." Fifth Harmony are reverent with their cover of the tune, which is a good choice since it has become a holiday favorite in the last two decades, MTV News reports. The women trade off verses, and the variety of vocals really adds something special to the song.READ MORE 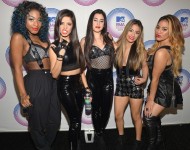 Fifth Harmony took over Good Morning America today (Nov. 11) just like a "Sledgehammer." Even though 5H's debut album Reflection got pushed back until January 2015, the girl group is still on that promotion trip and finally gave its love anthem "Sledgehammer" a television debut.READ MORE 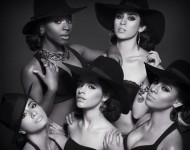 Fifth Harmony's upcoming debut album Reflection has been pushed back. Despite a promised release date for Nov. 17, today (Nov. 7), 5H member Camila Cabello confirmed that the album will now be released in 2015.READ MORE 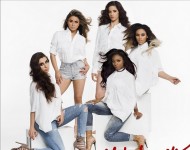 Fifth Harmony are looking to break into the top of the charts... and the girl group will use a "Sledgehammer" if they have to. Yesterday (Oct. 28), in anticipation of its debut album Reflection, 5H released the record's second official single, the '80s channeling sparking love anthem "Sledgehammer."READ MORE 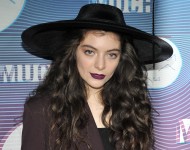 No industry is as ripe for domination by college and high school-aged individuals than the music industry (maybe the NBA. But whatever). Billboard has celebrated the youngest powerhouses in music every year by releasing its "21 Under 21" class.READ MORE 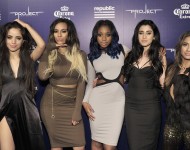 REVIEW: Fifth Harmony New Song 'Them Girls Be Like' is Shallow Ode to Instagram Filters from New Album 'Reflection' [LISTEN]

Be warned: Twitter and Instagram lingo is leaking into pop music lyrics. Today (Aug. 27), girl group Fifth Harmony released a new song from its upcoming debut album Reflection, and it's all #NoFilter and #IWokeUpLikeDis in the pop track "Them Girls Be Like."READ MORE 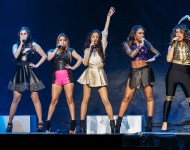 After one EP, a killer "BO$$" single and tons of anticipation, girl group Fifth Harmony has finally announced the title and cover for its debut album. Today (Aug. 14), the "Miss Movin On" band revealed its first full-length album will be titled Reflection on its official Twitter account.READ MORE 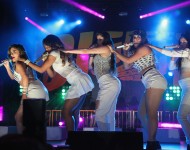 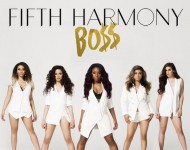 Fifth Harmony are coming for you. After months of teasing the former X Factor girl group finally released the single cover for new single "BO$" and teased its dedicated fans with an eight-second snippet of the new track.READ MORE