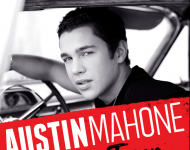 "MMM Yeah," indeed. It seems like today (April 4) is a big day for rising teen pop star Ausin Mahone. Not only is it his 18th birthday, but the highly popular singer also announced the release date for his debut album, The Secret and revealed he'll be going on his first-ever headlining tour thus summer.READ MORE 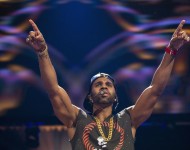 In case you missed it (you haven't), the auto-tuned pop star of the 2010s is totally and completely back with "Talk Dirty," a top five hit on the Billboard Hot 100 that's so infectious, it's got all the celebrities singing along. After teasing a full length clip for months with the super viral "Celebrities Talkin' Dirty" trailers, the whole thing was released today (March 12), and it's just as goofy as one would expect.READ MORE 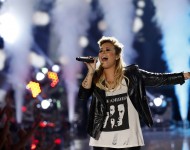 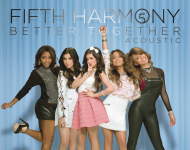 Fifth Harmony voices come out better on 'Better Together: Acoustic'

“Oath” singer Cher Lloyd has announced a new US tour today (July 23). The I Wish tour will cover 11 cities in North America, beginning in Washington, DC, on Sept. 6 and ending on Sept. 23 in Los Angeles...READ MORE