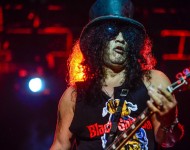 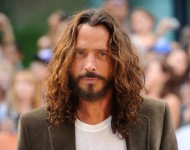 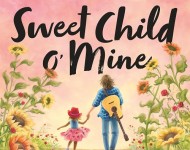 Guns N’ Roses is set to release a children’s book inspired by their iconic song "Sweet Child O' Mine" in collaboration with the famous author, James Patterson.READ MORE 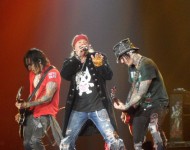 Did Guns N’ Roses Get Paid More Than $6.5M For Their Download Festival Gig?

Guns N' Roses reportedly got paid a huge sum of money at the Download Festival. Axl Rose and the other members of the rock band also made outrageous demands.READ MORE 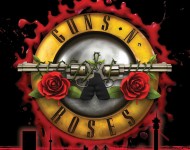 Guns N' Roses added 'Slither,' a song by the supergroup Velvet Revolver, to their setlist in a concert in Berlin. The hard rock band is currently in European as part of 'Not In This Lifetime' tour.READ MORE 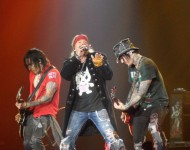 The unfinished music video for 'It's So Easy' has been sitting in a vault for 30 years, but it was recently reedited as part of the reissue of 'Appetite for Destruction.' The music video was released exclusively to Apple Music.READ MORE

Manic Street Preachers and Guns N' Roses will go on a three-show tour in Europe in June. The Welsh band will also be releasing its 13th studio album.READ MORE 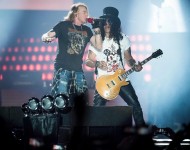 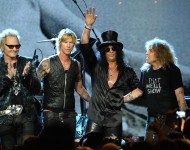 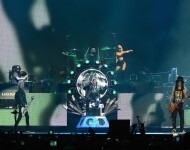 Guns N' Roses Add Not In This Lifetime Reunion Tour Dates For North America, Europe In 2017

Guns N' Roses are heading on tour next year.READ MORE 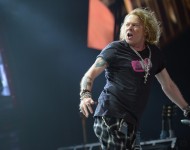 Chris Pitman, the former longtime member and engineer of Guns N' Roses, has filed a lawsuit against Axl Rose because of alleged unpaid debts owed by the vocalist. In the lawsuit, Pitman stated that he has been waiting for the singer to pay him since 2012.READ MORE