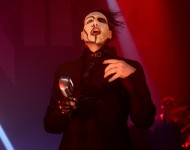 Marilyn Manson shocked his fans during his concert on Friday after he had a meltdown on stage. Some fans believe that the 49-year-old singer was intoxicated.READ MORE 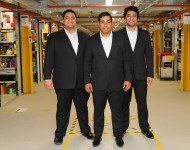 Hit New Zealand opera trio Sol3 Mio have given the people what they want: a satisfaction guaranteed refund. The group has offered all people who purchase a ticket for their upcoming U.K. tour total satisfaction or they will be able to get their ticket refunded.READ MORE