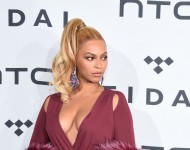 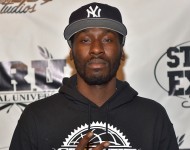 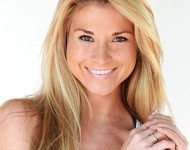 The Late Diem Brown Knew That She Had Colon Cancer When She Began Filming MTV's 'The Challenge: Battle of the Exes 2'

Fans of MTV's "The Challenge" were crushed in November when Diem Brown lost her battle with cancer. It was the third time in about eight years the reality star found herself fighting for her life, and many expected her to pull through just like she had before. Instead, colon cancer that spread to her kidneys ultimately ended up being stronger than she was, but in the months leading up to her death Brown never gave up hope. She began filming "The Challenge: Battle of the Exes 2" in August and said she wanted the prize money so she could pay for a surrogate to carry babies for her. What no one realized is that Brown already knew she was sick again.READ MORE 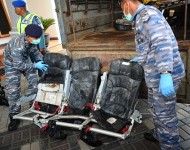 About a week after finding and recovering the black boxes from AirAsia Flight 8501, investigators are beginning to put together a solid idea of what led to the demise of the plane. It had been reported almost immediately after the flight went missing that storms in the area and bad weather conditions had prompted the pilot to ask to climb from 32,000 feet up to 38,000 feet but was initially denied. Indonesian officials are now saying that the pilot did climb 6,000 feet in just one minute, and that likely caused the airbus to stall out.READ MORE 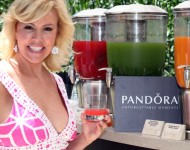 Legendary New York political figure Mario Cuomo died Thursday, Jan. 1, of heart failure. Cuomo served three terms as the governor of New York and died not long after his son, Andrew Cuomo, was sworn in for a second term as governor. According to a statement released by his family, Cuomo died surrounded by family. The "New York Post" was one of the first outlets to announce the sad news, saying: "Cuomo, who had been ill for months, was 82, and his death came just hours after his son, Andrew, was inaugurated for a second term in his father's old job. Daughter Madeline Cuomo said her dad died in his Manhattan home at 5:15 p.m., and noted that those were 'his lucky numbers.' "I think he waited until after Andrew's swearing-in," she added. "He had been receiving hospice care in his Sutton Place apartment, and the cause appeared related to recent heart troubles, sources said." Cuomo, during his heyday, was popular for his eloquence and ability to use his humble beginnings as a way to connect with people and then drive home his points in order to facilitate change. He was also dubbed the "Hamlet on the Hudson" because of his internal struggle over whether or not to run for president in the 1988 and '92 races. He backed out at the last minute in 1991, paving the way for a fairly unknown candidate named Bill Clinton to sneak in and grab the Democratic nomination.READ MORE 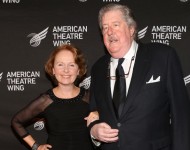 It's a sad day in Hollywood as we have learned that noted stage and screen actor, Edward Herrmann has died at age 71. The actor, best known for playing Richard Gilmore on "Gilmore Girls," died earlier today after a battle with brain cancer. He had been hospitalized in NYC for over 3 weeks and his family decided to disconnect his respirator today.READ MORE 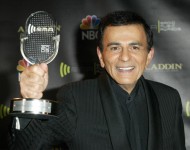 MTV Drops New Trailer and Announces It Is Dedicating Upcoming Season of 'The Challenge: Battle of the Exes II' to Diem Brown and Ryan Knight

The last several weeks have been pretty sad for the MTV family, as they have lost two members far too young. Diem Brown was as well-known for her struggles with cancer as she was for her fearlessness on several seasons of "The Challenge," and she was actually filming when she found out that cancer had spread to her colon. Brown put up a fight right to the end before finally dying in November. Just one short week later her cast mate, Ryan Knight, was found dead after a night of hard partying. MTV has decided to dedicate the upcoming season of "The Challenge: Battle of the Exes ll" to Brown and Knight, who make their final appearances in the series. The network has also dropped a new trailer for the upcoming season, which begins with CT Tambourello lifting Brown up off the couch and carrying her in his arms. Fans of Brown already know she collapsed not too long after filming for this series began and she was ultimately flown to New York, where she received the news that her cancer had spread. The rest of the clip looks like typical "Challenge" fare: lots of high-flying moments and the risky, daredevil moments that keep fans ultimately coming back for more.READ MORE 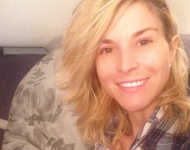 Fans of MTV's "The Challenge" are likely familiar with Diem Brown and Chris "CT" Tamburello's love story. They first met and fell in love on the show in 2006 and spent the next several years making up only to break up. Friends of the couple have said that while their relationship was complicated, Brown and Tamburello had a lot of love for each other, even when they were off. On Nov. 14, Brown died due to complications caused by the cancer that had spread throughout her body, but in her final days Tamburello worked hard to make their status official. According to "Us Weekly," just five days before Brown's death Tamburello burst into her hospital room and filmed a proposal that included a ruby ring. Brown shot him down, joking that she hated rubies, and so the next day he returned with a different ring. Brown knew her days were numbered, and she was struggling to find an alternative treatment that might buy her a little more time. She reportedly did not want to be engaged under those circumstances, and she likely knew that in the end it might make it harder for Tamburello to move on after her death.READ MORE 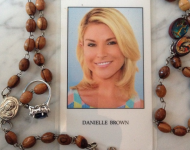 Diem Brown was a rare kind of reality star. Sure, she was a hardcore competitor on several seasons of MTV's T"he Challenge," but she was even more fearless when it came to battling cancer on three different occasions. She used her time in the spotlight to help advocate for others's battling serious illnesses and started her own nonprofit called Medgift to help patients offset the steep cost of being seriously ill. Through it all, her boyfriend Chris "CT" Tamburello was there. While these two were not always together over the last eight years, they always reunited when it counted and Tamburello was with Brown right up until her death on Nov. 14. Her funeral was yesterday in New York City, and now that reality is starting to sink in, Tamburello finally broke his silence with a post on Instagram.READ MORE 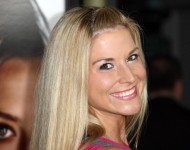 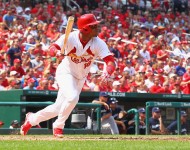