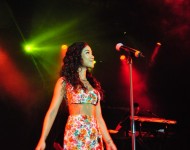 Wednesday night, Jhene Aiko rocked the stage at the Best Buy Theatre in the New York City Times Square area. The star's powerhouse performance was followed up by teenage sensation Willow Smith, The Internet, and New York's own SZA.READ MORE 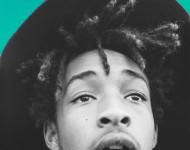 Jaden Smith has been making headlines today for his and Willow's outlandish interview with T Magazine, but he also dropped his new album, CTV2, in a nontraditional way: for free via a new app aptly titled Jaden Experience. The app's icon features a black-and-white photo of Smith's face.READ MORE 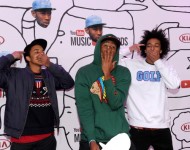 In a new cover story for The FADER, Tyler, The Creator admitted that he and Odd Future collaborator Earl Sweatshirt aren't as close as they used to be. Although they were once, as the story describes, the group's "tightest duo" with a "sibling-like dynamic on and off record," their relationship has changed.READ MORE 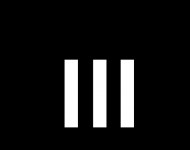 Willow Smith turned 14 years old today. In celebration, she gave away a new EP to her fans to download for free. The three-song EP, aptly titled 3, was mostly produced by AzZi features a guest appearance from SZA on the song "9." Smith partnered with Google Play to release the effort, which you can download here. However, the EP will hit online retailers on Nov. 17 and come with a price tag, according to Radio.com.READ MORE 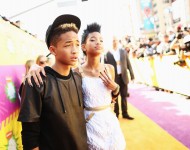 Jaden Smith continues to build up hype for his upcoming mixtape Cool Tape Vol. 2 by sharing yet another new track. "Melancholy" sees Smith rapping about his own fame and taking on all of his haters, because being the son of a huge movie star probably doesn't do much to boost your street cred. Smith's sister Willow contributes some backing vocals.READ MORE 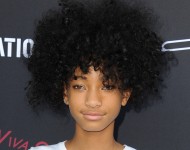 DJ Kitty Cash is set to release her Love the Free II mixtape tomorrow, and one of the 19 tracks comes from Willow Smith: the new single "8."READ MORE 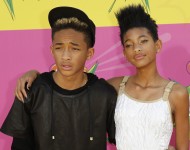