How Fake Money is Made for Filming Music Videos

It's not as easy as one might think to film cash and have it come out looking real for every shot. There is a lot involved in making a music video look authentic and that could mean switching up the props they use throughout the entirety of the video

There are three main ways that prop money is used in filming, one-sided bills, double-sided bills, and real cash. In order to get the best shot, producers may use one of these or even all of them throughout their music video. With each type comes a set of rules for use and/or a different technique needed to film it.

As most people already know, there are rules and regulations created by the United States Governments Secret Service, giving strict guidelines to enforce how movie money can be made and used. These rules have been designed to keep counterfeiting scams less likely to happen. This article will explain how each type of money is used and what the rules are about using it.

A double-sided bill is probably the most prominently used form of money filmed in the music and movie industry. This bill is full color and has detailed designs on both sides. It is created to look extremely similar to the real thing, without getting so close it can be mistaken by a store or bank. 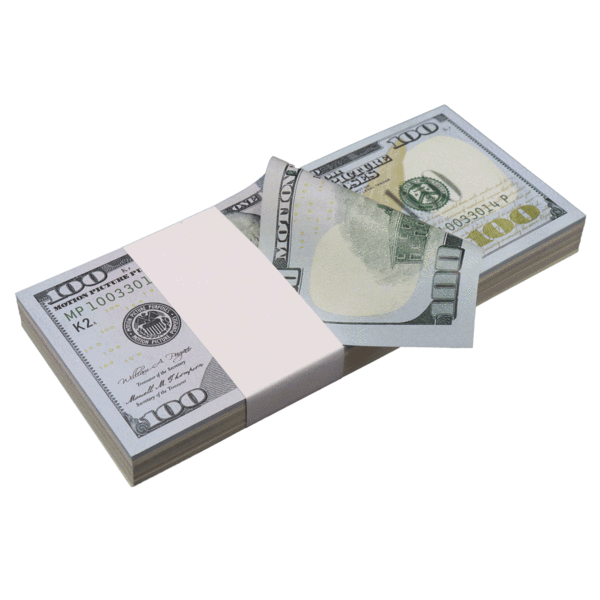 This type of prop money that looks real is used for scenes shot from farther away, duffle bags full of cash, pallets stacked three feet tall, etc. Basically whenever the money needs to look the part but won't be seen up close enough to see the differences.

To make a double-sided full print prop money there are a few things that have to be done in order for it to be filmed legally.

The one-sided prop bill is designed to look and film just like legal tender. The prop money companies are legally allowed to replicate an actual dollar bill. These bills do not have to have "not for legal tender" written on them nor do they have to follow the restrictions on size and color. 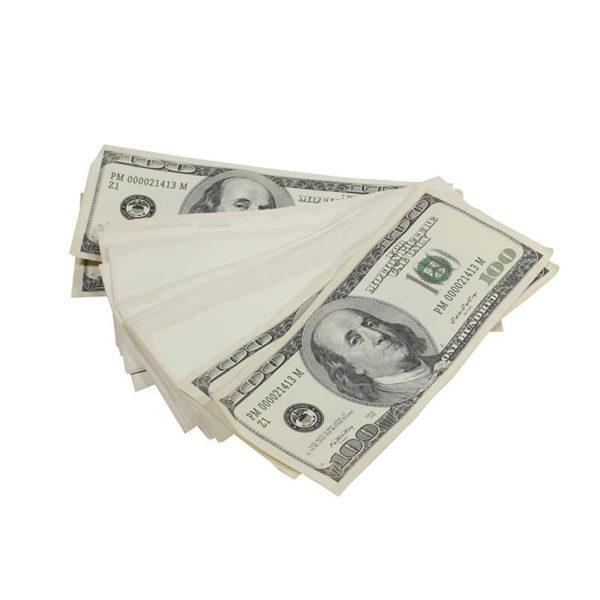 This type of motion picture money is used when producers are filming up close. This will keep the money looking the part without having to use real money or risking the shot looking fake.

The guidelines set forth for making these bills are simple.

This is the less likely option when movies are being filmed, however, it is still used from time to time. There really aren't any laws these days for using real money on camera, although it is still very much illegal to ever try photocopying the real bill to create fake ones.

The downside to using real cash on films is pretty obvious, theft, loss, and destruction.  And although there may not be laws on how to film legal currency, there is a very straightforward law on it being illegal to destroy it. Although it's highly unlikely any producer would want to burn hundreds of dollars in his own money, that doesn't mean accidents can't happen, and the secret service doesn't see accidents as an excuse.

Destruction of real currency will lead to legal ramifications.

It's amazing what prop companies are able to do these days to help producers make believable and extremely accurate scenes. Although there are rules and regulations to follow when creating these props, they are very reasonable and will not interfere with the quality of the products. No matter which option you choose for your filming needs, the prop industry has your back.

© 2015 MusicTimes.com All rights reserved. Do not reproduce without permission.
View More
Festivals