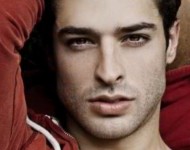 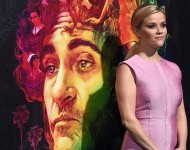 Everything good that is happening in Reese Witherspoon's life right now is because the actress wasn't afraid to embrace change. If you think back about eight years, she seemed to have it all -- a marriage to Ryan Phillipe, two great kids and a new Oscar to put on the mantle -- and then it all came crashing down around her. Witherspoon quickly understood that in order to survive the crisis in her personal life, she would need to embrace change. While she moved on from her marriage with Phillipe and began building a life with Jim Toth, her career seemed to stall out.READ MORE

Dr. Nancy Snyderman will finally return to "The Today Show" this morning after a two-month absence. The medical expert returned from Liberia in early October and announced that she and her crew would be voluntarily quarantining themselves because one NBC freelancer with them had contracted the Ebola virus. About a week into that self-imposed quarantine, Snyderman was spotted out grabbing take-out in New Jersey. She issued an apology that sounded more like blame-shifting and the backlash was so bad that NBC has kept her off the air and in limbo for the last six weeks. For a while the network was reportedly debating whether or not to fire their chief medical correspondent. Before this major misstep, Snyderman was considered to be a credible and valued member of NBC's news team. The jury is still out on whether or not the viewers will continue to trust her judgment. Snyderman's first segment back will have nothing to do with Ebola and she is expected to once again apologize for her careless actions.READ MORE