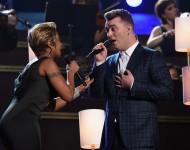 Thanks to a week featuring at least two huge debuts, the album charts this week aren't too far from what the Billboard 200 reflected. Drake starts out with the biggest release of the year thus far, and in fact the biggest release of the last year (excluding a certain Taylor Swift). If You're Reading This It's Too Late sold 497,500 copies during its first three days of availability, suggesting that it could have racked up even more if the emcee had settled for a more traditional release date.READ MORE 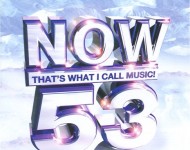 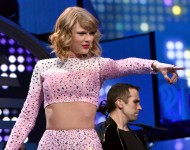 Taylor Swift and 1989 is at no. 1 in the Billboard 200 for the 11th time, tying Fearless for the performer's most weeks at the top of the charts with one album. The record shifted 108,000 equivalent units, a slight uptick from last week. 1989 is one of four albums that have spent at least ten weeks at no. 1 since 2010, the others being Fearless, the Frozen soundtrack as well as Adele's 21. Swift's album is followed this week by Now 53, the newest edition of the hits collection, at no. 2 with 99,000 units moved.READ MORE 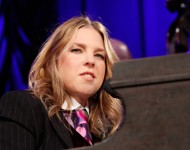 Diana Krall Is 50! We Don't Believe It Either; Check Out Five Of Music Times' Favorite Records from Across Her Career

Happy birthday to Diana Krall! It's tough to imagine that one of the bestselling performers in modern jazz has reached 50 years-old (until you remember that she made multiple guest appearances on Melrose Place (she doesn't look 50 to us, for what it's worth)). Check out our five favorite albums from the pianist/vocalist and weigh in at the bottom with your own personal preferencesREAD MORE 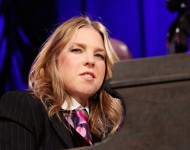 Diana Krall has postponed the release of her new album Wallflower and the accompanying tour due to an ongoing case of pneumonia. The album was scheduled to be released on October 21 but because of Krall's inability to do promotions for it, label Verve opted to push back the release until February 2.READ MORE