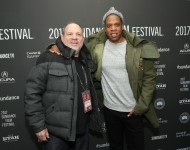 Jay-Z, Eminem Sue The Weinstein Company For Unpaid Music Use Worth Over $800K

Jay-Z and Eminem joined Meryl Streep, Jennifer Lawrence, and more in opposing the buyout of The Weinstein Company. The rappers claimed that the movie studio still owes them a significant amount from previous projects.READ MORE 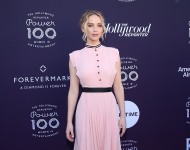 People are not happy that Jennifer Lawrence received a Razzie nomination for her performance in the movie 'Mother!' The actress will compete with Dakota Johnson of 'Fifty Shades Darker' and Emma Watson of 'The Circle' for Worst Performance.READ MORE 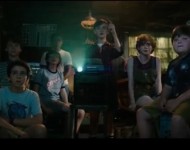 "It" emerged as the box office winner in its second week besting "mother!" and "American Assassin."READ MORE 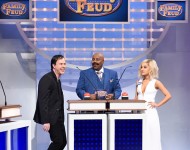 Ariana Grande killed it as host and musical guest on the most recent episode of "Saturday Night Live." The Dangerous Woman songstress poked fun at several of her fellow celebrity starlets, including Jennifer Lawrence. But what does that have anything to do with Hollywood "rebel," Lindsay Lohan?READ MORE 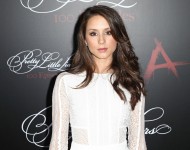 The season six premiere of 'Pretty Little Liars' is making its way back to television on Tuesday (Jan. 12). Before fans get reintroduced to the characters after a five-year jump in the drama-thriller series, Freeform network (formally known as ABC Family) and media outlets have released several clips and spoilers to increase the hype. 'PLL' star, Troian Bellisario, might have the latest spoiler surrounding Spencer and Caleb dating rumors.READ MORE 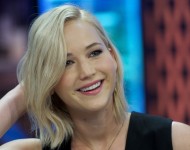 'Joy' Jennifer Lawrence On Planned Parenthood; Actress Says It's "So Much More Than Abortion"

Actress Jennifer Lawrence is know for speaking her mind on topics that alot of people in Hollywood choose to stray away from. In the February 2016 cover issue of 'Glamour,' the 'Joy' star gave her opinion on Planned Parenthood. She explained why she supports the non-profit organization, stating: Planned Parenthood is "so much more than abortion."READ MORE 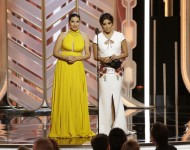 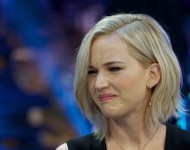 When asked how she felt about a romantic relationship with Purpose heartthrob Justin Bieber, Jennifer Lawrence may have broken his heart when responded with "a hard no."READ MORE 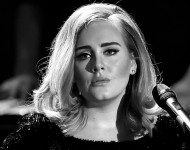 Fans of the soulful British songstress might want to tune into NBC on Monday night at 10/9c.READ MORE 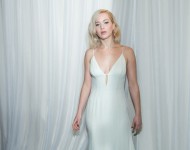 Jennifer Lawrence, Hollywood's current sweetheart, and Amy Schumer, an icon for women in comedy everywhere, have had a pretty entertaining friendship. The two are even planning on writing a screenplay together (very welcome news after Schumer's successful film Trainwreck). Now, the two have been nominated for the same category (best performance by an actress in a motion picture, musical, or comedy) at the 2015 Golden Globes and have decided to wear matching dresses to the awards ceremony.READ MORE 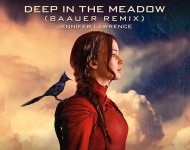 Baauer adds a little something different to the new song from The Hunger Games star.READ MORE 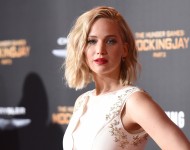 Alcohol will make you do some crazy things! Actress Jennifer Lawrence recently sat down with 'The Hollywood Reporter' for their special edition of the Actress Roundtable and revealed she got "really, really drunk" and kissed a married man. While The 'Hunger Games' star's announcement might come as a shock, her sticky situation isn't exactly what it seems.READ MORE 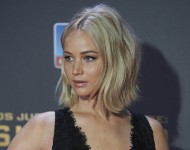 Last year was an extremely emotional period for actress Jennifer Lawrence. Not only did she wrap up filming the final installment in the highly popular The Hunger Games movie series, but she also ended a long-term relationship with her now-ex-boyfriend Nicholas Hoult around the same time. On Friday (Nov. 13), Lawrence opened up to ABC News' Diane Sawyer about the troubling period in her life and her thoughts on marriage on Nightline.READ MORE 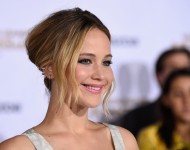 Jennifer Lawrence might be one of the highest-paid actresses in Hollywood today, but compared to her male peers, she still falls victim to unequal pay. On Tuesday (Oct. 13), the Academy Award-winning actress debuted an essay titled, "Why Do I Make Less Than My Male Co-Stars," in an edition of the Lenny newsletter. In the open letter, the Hunger Games star explores the topics of sexism and Hollywood's gender wage gap.READ MORE 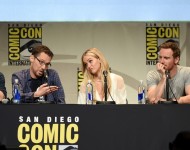 We haven't seen a teaser trailer for director Bryan Singer's highly anticipated X-Men movie sequel, Apocalypse, which has a May 2016 release date, but we've tracked down plot details to share with you this week! Thanks to a new press release detailing the film's partnership with M&M'S on a new promotion, we now know the synopsis of the Marvel Comics movie. Find out more about the movie's story, cast, and characters below! (SPOILERS to Follow)READ MORE