Kanye, Drake Feud Resurfaces As The Two Plan To Drop Newest Albums On the Same Day

The outlet found out that even if Kanye plans to drop his already delayed "Donda" on August 6, Drake has no qualms to change the drop date for his "Certified Lover Boy."READ MORE 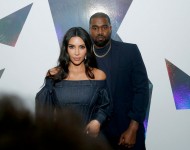 Kanye West announced again that he would run as president

The 43-year-old American hip-hop musician Kanye West made his announcement in an American Independence Day surprise that he will run for President of the United States in the 2020 election.READ MORE 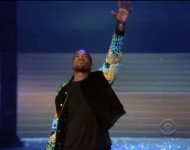 Lloyd's of London claims that drugs and alcohol caused Kanye's mental breakdown that led to the cancellation of his Saint Pablo Tour.READ MORE 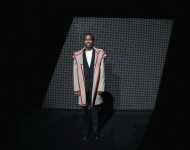 It's been a busy year for A$AP Rocky so far. The Harlem rapper released the remix to Drake's "Wu-Tang Forever" and the collaborative A$AP Mob track, "Yamborghini High," not too long ago. The crew also got together to pay tribute to the late A$AP Yams on January 18th with a concert at Terminal 5. Since then, the rapper has released the new track, "Hear Me," featuring Pharrell and the video for "JD."READ MORE 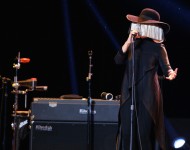 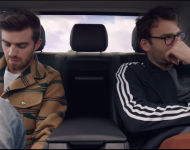 The Chainsmokers have unveiled the music video for their latest single "Let You Go" featuring Brooklyn indie band Great Good Fine Ok. The "Kanye" producers teased the topic of the video back when the track was released, but now the full visuals have been unveiled and the quirky personality are on full display from duo Alex Pall and Drew Taggart. The video documents a crazy day and night out on the town in Los Angeles with some unknown female protagonist who at the end of the day probably is the one calling the shots in this relationship. After having some sex in a hobbit-like bookstore while Drew reads in the next row seemingly oblivious, Taggart is dragged into the situation, which becomes a steamy and physical love triangle that ends up being awkward between them. Do not be surprised if this is based on a true story. Watch the clip below of the awkward threesome.READ MORE

Kim Kardashian appears to have the life she has always wanted. She has buckets of cash, a powerful husband and a baby who will help to keep him on the hook. But in all of Kardashian's selfish behavior, she seems to have driven a wedge between herself and her family and friends. Sure, Kardashian pops up on the family's reality shows looking totally invested, but sources say that away from the cameras she claims she is responsible for the success of those around her. According to a report by Radar Online, Kardashian has radically changed since getting together with Kanye West, and she has morphed into the kind of person whom none of her former friends want to have to deal with.READ MORE

Jay-Z gets intimate and personal with Zane Lowe for the final installment of his hour-long BBC Radio 1 interview. With almost two decades in the rap game, Hov reveals how falling in love and marrying Beyoncé and the birth of his daughter...READ MORE