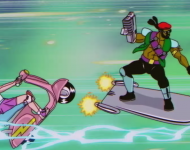 Major Lazer's long-awaited cartoon series finally has a launch date. The premiere will take place on Thursday, April 16 at midnight as a part of FXX's regular Animation Domination programming. According to reports, the show will not only feature the Major Lazer character that has been a fixture in their videos over the past few years, but it will also have guest appearances from stars like comedians Aziz Ansari and Andy Samberg and musicians like Tiësto, Trinidad James, Charli XCX, RiFF RAFF, The Vampire Weekend's Ezra Koening and many more.READ MORE 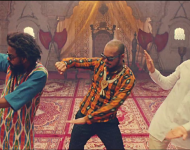 After announcing their album 'Peace Is the Mission' earlier today, Diplo, Walshy Fire and Jillionaire -- better known as Major Lazer -- unveiled the music video for the first single that appeared from the album: their track alongside DJ Snake and MØ titled "Lean On." The video puts the five artists in India as they dance, with varying levels of talents, around a palace in a dry area of the populous Asian country.READ MORE 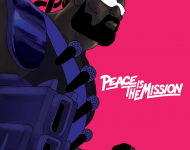 Major Lazer -- the trio of Diplo, Walshy Fire and Jillionaire -- has finally unveiled the complete details for their first of two albums slated for release in 2015. The trio's third studio album, 'Peace Is the Mission,' will be released June 1 and the nine-track album comes with features from the likes of Ellie Goulding, Elliphant, Ariana Grande, 2 Chainz, Pusha T and others. With the album announcement, Major Lazer have shared their new single "Roll the Bass," which you will receive as an instant download if you pre-order the album now.READ MORE 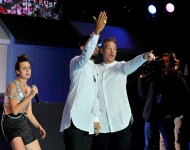 Major Lazer are currently touring around the globe in Europe and South America in anticipation of Part 1 of their two-part album series getting released over the span of 2015. To get fans ready for the first album, which should arrive in April, according to Diplo, the dancehall-inspired trio of Diplo, Walshy Fire and Jillionaire took over the Jack Ü member's BBC Radio 1Xtra Friday night, March 13, radio show as Diplo & Friends for a full, two-hour mix. The mix featured loads of new music from Major Lazer, including some new edits and dubplates by the trio that give hip-hop and dance tracks a distinctly dancehall rhythm and sound. There are a few sneak peaks of upcoming Major Lazer originals that should appear on the album that will feature the likes of Ellie Goulding, Travi$ Scott, Ariana Grande and others.READ MORE 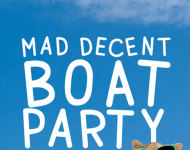 Diplo just keeps on providing news today. First a Major Lazer song, then a alternative version of his track "Stand For" with Ty Dolla $ign and now he has announced the lineup for Mad Decent Boat Party 2015. The boat festival will be headlined by the aforementioned Major Lazer, his duo Jack Ü with comrade Skrillex and Dillon Francis.READ MORE 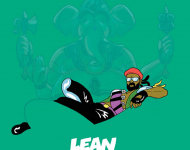 Major Lazer has released their first lead collaboration of 2015, and it is a big one. The trio of Diplo, Jillionaire, Walshy Fire have shared their new single "Lean On" featuring DJ Snake and Swedish singer MØ.READ MORE 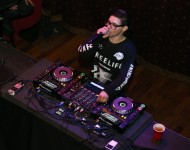 A festival that may not gather all of the headlines, but Houston's Free Press Summer Festival has announced its 2015 lineup and it is a big one. Headlined by Skrillex, R. Kelly, Weezer, Steve Angello, St. Vincent, Major Lazer and many others, FPSF did not hold back with its bookings for this summer.READ MORE 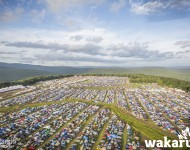 We brought you the news of Wakarusa's first phase of artists who would be on its lineup for the festival this summer. As is tradition, the Arkansas-based camping festival has released the entire selection of artists ready to take the stage on Mulberry Mountain. The full batch of headliners includes Major Lazer, Ben Harper & The Innocent Criminals, Chance the Rapper, The Roots, STS9, Portugal. The Man, Big Gigantic, Slightly Stoopid and others.READ MORE 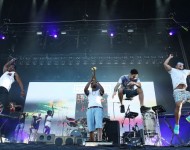 Musicians are a weird bunch. As the son and nephew of professional musicians, the author can tell you that they can be eccentric individuals. When it comes to world touring musicians, their peculiarities come out even more with their habits on the road. No place better personifies this then an artist's rider request and Future Music Festival, the massive Australian and Asian multi-city festival, shared 10 of the most bizarre rider requests they have ever gotten. They range from the environmentally friendly to new outfits to bisexual goldfish. It is all too strange.READ MORE 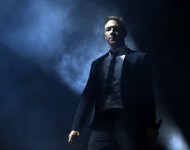 Diplo, normally pretty apprehensive about doing interviews, has been very open in the past few months, notably to promote Jack Ü, his new collaborative duo alongside Skrillex. While on a brief tour in India as a part of the VH1 Supersonic Arcade with Major Lazer (where the duo will also be filming a music video for their upcoming album), Diplo spoke to local media outlet in Mumbai Radio and Music on what Major Lazer has been up to, IndREAD MORE 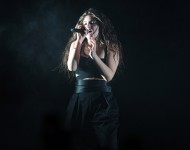 Lorde is currently hard at work (we hope) on her new album, but today (December 10) the 18-year-old Kiwi pop star shared a clip of a song through her Tumblr that she probably won't be releasing officially any time soon. The song, titled "Lost Boys," was written and recorded in 2013 for her debut album "Pure Heroine," but was ultimately cut from the album because "it was not a good song," at least according to Lorde.READ MORE

Diplo is known for his collaborations across the music world. Whether it is his work with Usher, MIA, Skrillex or Vybz Cartal, Diplo has his hand in just about every musical cookie jar. Now, in a recent interview with "In the Mix," he provides some clarity on one of the collaborations with Madonna that will feature Nicki Minaj and now-revealed SOPHIE. He also lists some new collaborators who will be a part of the upcoming Major Lazer album, like Ellie Goulding, Gwen Stefani and others.READ MORE 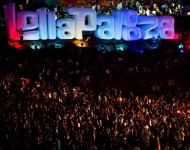 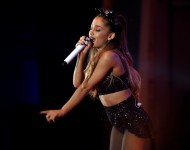 The soundtrack for The Hunger Games: Mockingjay, Part 1, has finally come together. When the tracklist was originally announced, one song was missing, a "Track 5," and now that new song has arrived online. Today (Nov. 13), Ariana Grande's reggae-touched electronic Hunger Games song with Major Lazer "All My Love" leaked, and it's just as gloriously spacey as one could imagine.READ MORE

One of the most anticipated films this holiday season, The Hunger Games: Mockingjay Part 1, just added some more fuel to the already brightly burning fire in the three weeks left leading up to its release. The soundtrack has star power all over it with Lorde acting as curator and now she will be joined by Major Lazer and Ariana Grande with their track "All My Love".READ MORE