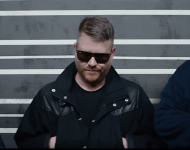 El-P Shares Saying No To NFL Request To Use ‘Legend Has It’: ‘F*ck Them’

El-P of Run The Jewels said that the NFL asked permission to use their song 'Legend Has It,' without payment. In a series of tweets, the hip-hop star denounced the league and accused the owners of racism.READ MORE 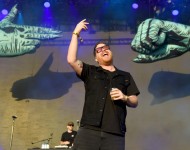 El-P of Run The Jewels was chosen to create the music for 'Fonzo,' an upcoming biopic that will trace the final years in the life of notorious mobster Al Caponey. The hip-hop artist confirmed the great news on Twitter.READ MORE 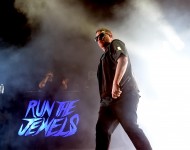 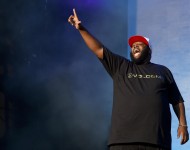 Killer Mike, one of the rappers from Run the Jewels, recently shared his thoughts about gun ownership. He also said that he does not support anti-gun protests.READ MORE 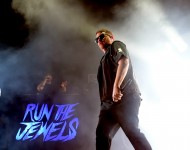 Adult Swim announced that its own music and pop culture festival is happening in October. The rap group Run The Jewels will be headlining the upcoming event that will also offer panel discussions and special previews or unseen pilot episode screenings.READ MORE

Lorde and Run the Jewels recently collaborated on 'Supercut.' The song will most likely be performed by Lorde at her Melodrama tour starting March 1.READ MORE 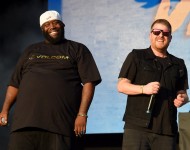 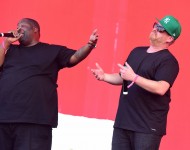 There will be more dates later this year.READ MORE 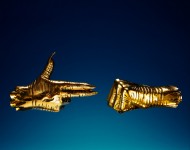 Run The Jewels deliver a Christmas gift for the fans.READ MORE

RTJ3 will be released on Jan. 13READ MORE

RTJ3 will be released on Jan. 13.READ MORE 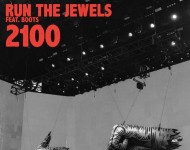 The song wasn't supposed to be released for a little while longer and may be a part of RTJ3, but in the wake of Donald Trump's stunning victory in the Presidential Race, the group felt they had to respond with some music.READ MORE

This part of the tour will run through North America in January and February.READ MORE