Jimmy Webb, best known as the manager of New York boutique "Trash and Vaudeville" and a New York rock scene staple, has passed away at the age of 62.READ MORE 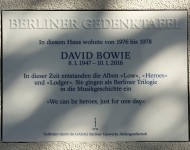 A memorial track to late music legend David Bowie has been destroyed by vandals in Berlin. The city put up the plaque last month to honor Bowie and hung it on the building that he and fellow superstar Iggy Pop had lived in during the 1970s.READ MORE 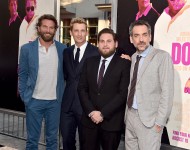 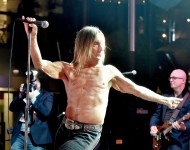 Josh Homme and Iggy Pop sat down with a select group of media and industry personnel to listen to some of their favorite songs and talk about what those songs meant to each other at the Apple Music House during SXSW as part of Josh Homme's Alligator Hour on Beats 1 Radio. The pair got downright intimate over the music.READ MORE 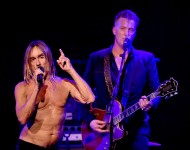 In less than a month, Iggy Pop is dropping Post Pop Depression, his surprise collaborative album co-produced with Josh Homme of Queens of the Stone Age and Eagles of Death Metal. Today, the seasoned proto-punk rocker has shared a new song from the forthcoming album titled "Sunday."READ MORE 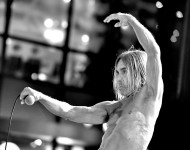 When Iggy Pop and Josh Homme announced their new album Post Pop Depression, they promised that "there won't be hardly any shows, and they won't be in big places, and you won't be able to get a ticket." And that promise is true. On Wednesday (Jan. 27), Pop announced a round of tour dates at clubs and theaters around the world.READ MORE 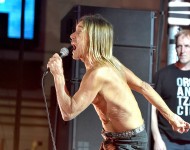 Shock rocker Iggy Pop and Josh Homme of Queens of the Stone Age and Eagles of Death Metal, last week dramatically announced a collaborative record, Post Pop Depression, with an interview and performance of their first single "Gardenia" on The Late Show With Stephen Colbert, and now the band has taken to Zane Lowe's Beats 1 program to drop the second single "Break Into Your Heart."READ MORE 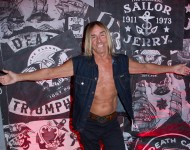 Iggy Pop and Queens of the Stone Age frontman, and Eagles of Death Metal drummer, Josh Homme appeared on 'The Late Show With Stephen Colbert' last night (Jan. 21) to debut their new collaborative project with a performance of their very first song off of the album 'Post Pop Depression,' titled "Gardenia," and it did not disappoint.READ MORE 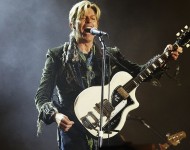 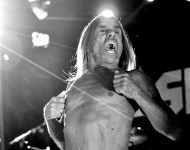 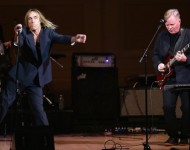 Queens of the Stone Age's Josh Homme just announced that he will star in a new silent film alongside Henry Rollins and Iggy Pop.READ MORE