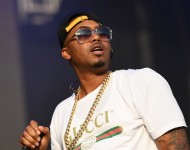 Nas teamed up with PBS to release 'Nas: Live From the Kennedy Center: Classical Hip-Hop,' a music film documenting his performance of 'Illmatic' in 2014. The film will include behind-the-scenes footage and narration from the hip-hop artist.READ MORE 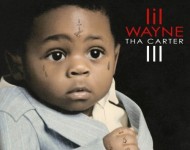 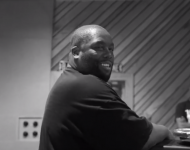 Have you ever listened to a rap song and found yourself wishing that it was about 40 minutes longer and had a thousand guest verses? If you have, then you're in luck, because Noisey has released its massive, Hudson Mohawke-produced "The Rap Monument," which features 36 rappers doing what they do best (rapping) for 42 minutes, more than twice as long as Eminem's 16-minute "Detroit vs. Everybody" remix. If you'd like some context, it's about two minutes longer than the entirety of Illmatic.READ MORE 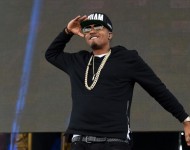 Ever since he burst onto the scene in the early 1990s, Nas has been one of the most socially and politically conscious artists in hip-hop, which means he has been particularly vocal in recent months about the ever-increasing racial tensions in this country. In a new interview with "Time," the Queensbridge rapper discusses the racial divide in the United States and compares our country to South Africa during its oppressive apartheid era. "It's not cool to look like apartheid South Africa 1988," the rapper laments. "How are we going to be the free world or the most powerful country when inside this country we're fighting because of skin color? That's just embarrassing. I'm one of the guys that's out there saying, 'Listen, it has to stop.'" "America, we are really smart enough to figure it out," Nas continues, "but I guess it's safer to hang out and be ignorant, be hateful and think that one person is better than the other." Recently, Nas has joined Russell Simmons in the New York City protests in response to the deaths of Eric Garner and Michael Brown at the hands of police officers.READ MORE 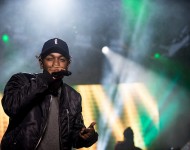 Next week, "The Colbert Report" will sadly be going off the air as Stephen Colbert prepares for his new job as host of "The Late Show" on CBS, but he's determined to go out on top. As revealed in a tweet sent out by "The New York Times" writer Dave Itzkoff, Colbert's guest next Tuesday, Dec. 16, will be Kendrick Lamar. Since Lamar recently performed two songs on "Saturday Night Live," let's hope that he uses his performance on "The Colbert Report" to debut another new song from his upcoming, highly anticipated album (or even reveal its title and release date).READ MORE 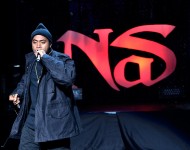 Earlier this year, the Queens rapper celebrated the 20th anniversary of the release of his debut album Illmatic. To commemorate the occasion further, the rapper's daughter decided to pay tribute to the album with a new lip gloss line.READ MORE

Nas May Be Releasing New Music "Sooner Than Next Week" [WATCH]

Nas has been riding pretty high this past year with the premiere of his documentary Time is Illmatic, which celebrates the 20th anniversary of his classic debut album Illmatic. To make things even better, we'll probably be getting some new music from the legendary New York rapper very, very soon. In an interview with Angie Martinez on Power 105.1, Nas hints at the release of some new music in the near future, possibly even today.READ MORE 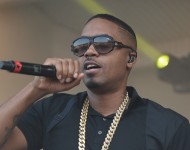 Schoolboy Q has shared a remix of his song "Studio" from his debut album Oxymoron, featuring a brand new verse by none other than Nas, which you can check out below. Though Nas' verse is nicely done as always, what's most exciting is that he uses the song's opening lines to confirm that he's finished recording his next album, and that a new single is on the way soon.READ MORE 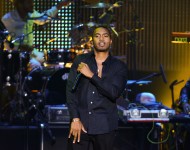 Nas On Kendrick Lamar's Next Album: 'There's No Way He Can Mess It Up'

If there's any rapper in the business who has unequivocally faced the challenge of following up a classic debut, it's Nas, whose 1994 debut Illmatic is often considered to be the greatest rap album ever made (and I agree). However, a similar pressure is mounting up against Compton rapper Kendrick Lamar, whose 2012 debut good kid, m.A.A.d city was hailed as the greatest rap debut since -you guessed it- Illmatic. In a recent interview with Complex, Nas offers some words of encouragement to Lamar.READ MORE 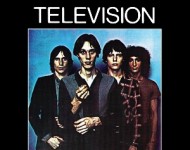 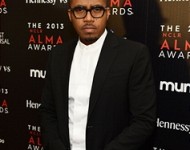 Nas is taking his documentary around the world.READ MORE 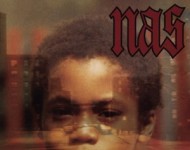 5 Reasons Why "Illmatic" is the Greatest Rap Album Ever

I hold the very uncontroversial opinion that Illmatic, the debut album by Queens rapper Nas, is the greatest rap album ever made. In celebration of Illmatic’s 20th birthday today, here a couple of reasons why it’s truly the greatest ever, just in case you’re unconvinced (or if you’ve never heard it before).READ MORE

The 20th anniversary of Nas' debut is approaching and the legendary Queens rapper is gearing up to take his Time Is Illmatic documentary to the Tribeca Film Festival.READ MORE