Will Wedding Bells Ring for Kylie Jenner and Tyga?

Could wedding bells really be in the future for Kylie Jenner and Tyga? Sure, there have been all sorts of rumors spinning around the couple for months now, with their romance being one of the worst-kept secrets in young Hollywood. By the time Kanye West took it upon himself to confirm their love, we had already figured it out anyway. There has also been speculation that the 17-year-old and her 25-year-old man are considering marriage and an interesting sparkler has only fueled that fire.READ MORE

After taping earlier this year, BET finally aired its annual BET Honors gala last night (Feb. 23), honoring members of the Afircan-American communiry who have made positive strides in the world. Among honorees Usher, Phylicia Rashad, Mircrosoft chairman John Thompson and National Museum of African Art director Johnetta B. Cole, Kanye West was celebrated as this year's Visonary Award winner, and his lengthy speech touched on everything from racism to family to success in the music industry.READ MORE 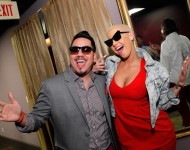 Kanye West stopped by The Breakfast Club recently to talk about everything from his Grammy showing to his new single, "Wolves." During the interview, the rapper threw some shade at former flame Amber Rose who had made some disrespectful comments about his wife, Kim Kardashian. Rose, who split from her boyfriend Wiz Khalifa last year, returned the shade via Twitter.READ MORE 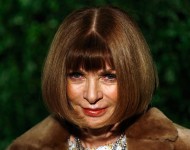 If you have tuned in to 'Keeping Up with the Kardashians' at all within the last few years, then you already know that Kim Kardashian thinks 'Vogue' editor Anna Wintour is god-like. Aside from the constant name-dropping, Kardashian has tried really hard to force Wintour to like her as much as she does Kanye West. She may have put the couple on the cover of 'Vogue,' but Wintour has also said that they are not the classiest people she has ever met. The fashion guru also did not hold back in voicing her displeasure with the couple for dragging their screaming 19-month-old daughter North West through NYFW.READ MORE 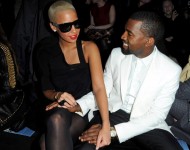 Kim Kardashian is pretty used to putting out fires surrounding her life. In the last few weeks, her husband Kanye West has raised eyebrows for his comments at the Grammys and his iffy Adidas collection that debuted at New York Fashion Week. Then there was the fact that her toddler decided to act her age and disrupt two fashion shows from her spot in the front row. Kardashian has had drama swirling around her, and the last thing she needed was for her name to be dragged into her sister Khloé Kardashian's feud with Amber Rose, but it was. Kim is worried Rose will spill Kanye's secrets on social media.READ MORE 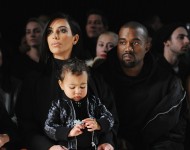 Kanye West has been all over the place this past week. He debuted his Adidas collaboration at NYFW, was seated front and center for several other shows and then performed on "SNL 40." He has been doing lots of press to discuss his latest designs and new music, and he has also dished on his life with Kim Kardashian. West is finally admitting that marrying his now-wife cost him some friends in the beginning, according to Hollywood Life.READ MORE 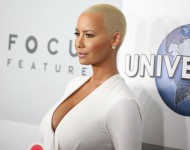 It looks like Drake is not the only one taking a public shot at Tyga for his not-so down low romance with 17-year-old Kylie Jenner. Amber Rose did an interview this weekend, and when the topic turned to the couple, she had no problem expressing her disgust. The fact that she is also good friends with Tyga's baby mama Blac Chyna must certainly play a part in her opinion on the whole situation. Rose says Tyga should be ashamed of himself for dating a teen.READ MORE 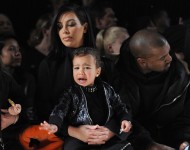 Perhaps NYFW is not an appropriate place to bring a toddler. At least, that is what most people would instantly think, but then Kim Kardashian and Kanye West are not most people. After 19-month-old North West melted down at the start of her father's showing earlier this week, according to Fox News, it might have been a good idea to leave her backstage during Alexander Wang's show yesterday, Feb. 14. But instead, they decided to roll the dice and go for the front row family photo op. Once again, North threw a nifty screaming fit.READ MORE

Finally, 19-month-old North West reminded her mom that she's more than just a fashion accessory! Kim Kardashian momentarily looked like a deer in headlights when while waiting for Kanye West's first NYFW show to begin, their daughter threw a fit. It was a typical 2-year-old screeching, throw yourself on the ground tantrum but it happened in the very front while Kardashian was seated between Beyonce and Anna Wintour!READ MORE 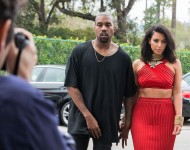 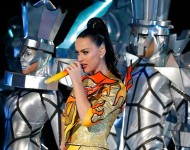 Kim Kardashian: Hollywood quickly became one of the most successful smartphone apps of all time, so it's only right that some other major celebrities would want to get into the game. And who's bigger right now than Katy Perry? Following a successful halftime performance at Super Bowl XLIX and ahead of a Grammys performance and potential win, it's been revealed that the "By The Grace of God" singer will be gracing the smartphone app world with her own themed game.READ MORE

It is a good thing Waffle House did not drop $50 billion on a Super Bowl commercial for Sunday, Feb. 1's big game, because the company got gobs of free publicity Saturday night, Jan. 31, when Kanye West, Kim Kardashian, John Legend and Chrissy Teigen strolled through its doors for a nice, late-night meal.READ MORE 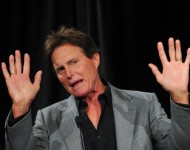 This week we have finally heard confirmation that Bruce Jenner is indeed transitioning into a woman. While his decision may be shocking to many, it's definitely not one that he made on a whim. We're also now hearing that the actual decision to undergo gender reassignment surgery was made well over a year ago.READ MORE

Ellen DeGeneres continues to celebrate her birthday week with some of the biggest celebrities in the business, and there are still few names that are arguably bigger than Kanye West. Today (Jan. 29), the "FourFiveSeconds" rapper appeared on Ellen to talk about his new calm demeanor, his family with Kim Kardashian and to tease the Spike Jonze-directed music video for "Only One," starring none only than his adorable daughter North West.READ MORE 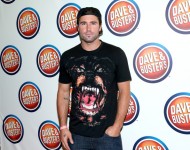 While Kim Kardashian was the first family member to really provide any sort of comment regarding Bruce Jenner's obvious changes to his physical appearance, not everyone is comfortable with her doing so. Some of the Kardashians may be coming to terms with things, but apparently his sons are not exactly there yet, which could eventually lead to some serious clashes within the family. But Brody Jenner has wished that Kim kept her mouth shut about Bruce's sex change.READ MORE