“Rain On Me,” a single from the soon-to-be-released album “Chromatica” of Lady Gaga is an upbeat, danceable track.READ MORE 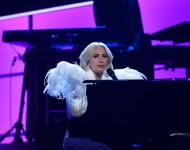 Lady Gaga first teased her "Do What U Want" music video a month ago, with director Terry Richardson at the helm. However, the video has yet to be seen. So, where is it?READ MORE

As she is apt to do in the "ARTPOP" era, Lady Gaga is firing back at her critics and taking on her detractors. But now, in a slightly bizarre, heartfelt posting on her social media site littlemonsters.com, the "Do What U Want" singer has also gotten a bit emotional while clearing up nasty rumors about the relationship between herself and her label Interscope.READ MORE

Well, it's here: the release of Lady Gaga's highly anticipated third studio album Artpop. Though the music has been available to stream for over a week now (and out illegally even before that), there was still one brand new thing for Little Monsters to get excited about this morning: the release of Gaga's Artpop smartphone app.READ MORE 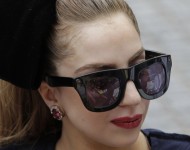 Lady Gaga can handle herself just fine without the help of her little monsters, thank you very much. Or at least, she wishes that her fans would stop jumping down the throat of Perez Hilton at any rate. The pop star, currently in a Twitter feud of sorts with gossip maven Hilton, requested that her followers on Twitter stop sending threats. READ MORE 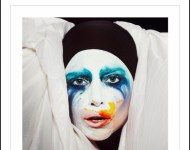 It may seem like Lady Gaga's "Applause" (rushed into release after a low-quality mp3 leaked onto the Internet) is getting trounced by Katy Perry's "Roar" on the charts. But the ARTPOP diva took to Twitter to let her loyal army of...READ MORE

Last night (Aug. 5), Twitter and the Internet were sent in to a tizzy when a Lady Gaga single, "Aura" (or "Burqa," as fans referred to the song) from the new album 2013 "Artpop" leaked on to the web. Though there's no word on whether or...READ MORE

Following a string of leaks over the last week, which has seen the premature release of at least 10 new and unreleased Lana Del Rey tracks, a new song has dropped. And this one is a doozy. "So Legit" is a simple acoustic crooner track...READ MORE