On Monday (March 14) night, the 2016 BET Honors aired their ninth annual ceremony celebrating the lives of five resilient luminaries in the black community who have helped make a significant impact in the areas of art, technology, music, business and theater. Fantasia delivered a sensational tribute performance to iconic singer and honoree, Patti LaBelle.READ MORE 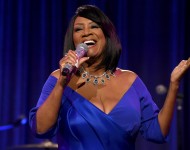 Patti LaBelle is Finding Love With Her (Much) Younger Boyfriend

Stella has nothing on Ms. Patti LaBelle! The 71-year-old singing legend is said to be getting her groove back back by dating her 41-year-old drummer—and reportedly has been for over a year!READ MORE 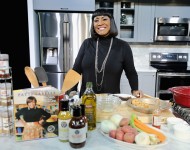 Following the success of her pies and a hilarious viral video, Patti LaBelle has decided to add more delicious desserts to her Walmart brand. LaBelle just launched a cake line through the retail giant.READ MORE 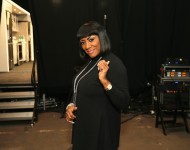 By now, we've all heard of (and possibly sampled) the pies known around the world from Ms. Patti LaBelle. These pies quickly sold out at Walmart locations as folks were anxious to see and taste if the singing legend's dessert was as sweet as her voice. And speaking of vocal awesomeness, it was the pipes of LaBelle superfan James Wright Chanel that had everyone going crazy for Patti's pies to begin with—so crazy, in fact, that the two signed up to do a cooking special on the Cooking Channel.READ MORE 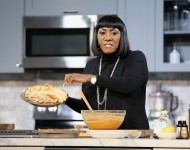 Patti LaBelle and James Wright Chanel are a great team when it comes to the making, marketing and selling-out of those infamous sweet potato pies. Although Chanel's viral video of him singing and critiquing the pies was far from planned, it still had everyone curious and wanting to know what was so special about them. Everyone including talk show host Steve Harvey, who recently tasted the goodness for himself when the two visited his daytime talk show.READ MORE 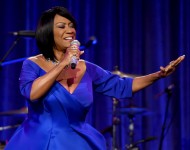 If you haven’t got your hands on a Patti pie yet, now is your chance. According to reports, Wal-Mart has finally restocked the popular item by singer Patti LaBelle following a viral video that made the pies fly off the shelves.READ MORE 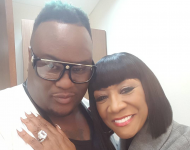 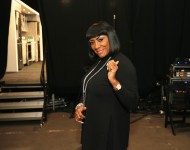 Legendary diva songstres Patti Labelle is definitely winning with the sell and sell out of her infamous sweet potatoe pies, exclusively sold at Walmart. The packaged baked goods have been nicknamed simply "patti pies" and has just about everyone on the hunt for their very own. Labelle recently interviewed with syndicated radio morning show, The Breakfast Club to talk about the success ofher pies and a possible collaboration with young talent like, rapper Fetty Wap.READ MORE 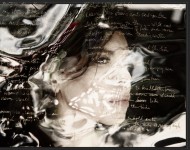 Sharon Robinson has been in the music industry for a long time, songwriting for and performing with Leonard Cohen primarily, as well as Diana Ross, Patti LaBelle, Don Henley, Michael Bolton and others. It's only in the last decade that she's gotten around to building a solo portfolio however, which she adds to with 'Caffeine,' her 2015 release. She joined Music Times to discuss the big issues—ranging from unleashing yourself as a solo performer, to the positives and negatives of Starbucks coffee.READ MORE 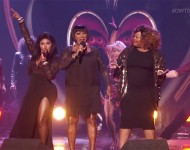 On Tuesday, Lil Kim returned to Dancing with the Stars and performed "Lady Marmalade" alongside Patti LaBelle and Amber Riley.READ MORE 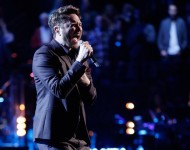 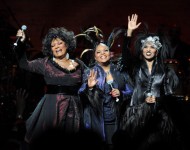 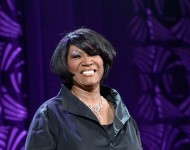 Patti LaBelle has showcased her moves in Dancing With The Stars, taking on 50 Cent's hip-hop hit "In Da Club" for the dance competition show.READ MORE 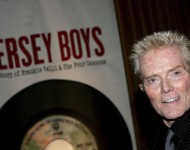 Rolling Stone reports that veteran producer, singer and songwriter for the legendary Four Seasons has passed away just yesterday, Thursday, Sept. 11, at the age of 82.READ MORE