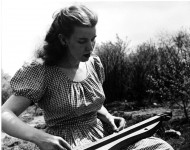 Jean Ritchie, a musician that many have dubbed the "mother of folk" thanks to her huge impact on popularizing the form, has died at the age of 92.READ MORE

The FBI and Musicians: John Lennon, N.W.A., NIN and More Acts with Reports 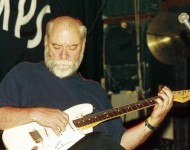 "This is not rock 'n' roll. It's not pop music. It's not folk music; it's this sort of transcendental guitar music," Steve Lowenthal emphatically tells me over the phone. And, indeed, his new book, Dance of Death: The Life of John Fahey, details the style (and story) of perhaps this country's most influential "American primitive" guitarist.READ MORE 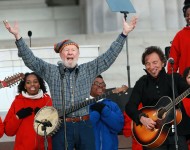 Lincoln Center in New York will be celebrating the life of folk legend Pete Seeger and you can stream it here when it begins at 4 PM Eastern Standard Time.READ MORE 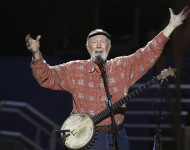 Pete Seeger passes away at age 94; legendary folk icon popularized 'We Shall Overcome' and set roots for all protest music

The year is young yet, but 2014 may have already seen its most relevant music-related death. Folk music pioneer Pete Seeger passed away Monday evening at the age of 94. According to his family, Seeger passed away naturally in his sleep. He had spent nearly a week at New York's Presbyterian Hospital, but he hadn't been suffering from any other ailments. READ MORE