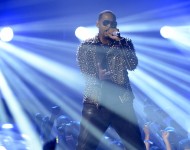 After hitting the festival circuit over the summer, R. Kelly has wrapped up production on his 12th studio album, the suggestively and unsurprisingly titled "Black Panties," and he made the release date known for the first time during an interview with MissInfo.tv. The album will drop on November 11, if all goes according to plan. READ MORE

Tamar Braxton and K. Michelle are having a twitter war over a wig -at least that's the newest fight between the two R&B singers...READ MORE 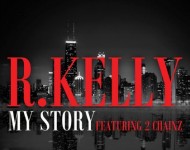 Kellz is back with another panty dropper, with the help of America's Most Wanted rapper 2 Chainz, R.Kelly tells his story on "My Story." READ MORE 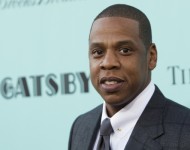 Celebrities are boycotting performing in Florida for Trayvon Martin who was shot and killed by George Zimmerman who was later found not guilty.Celebrities say they will not perform in Florida in protest of "Stand Your Ground" law...READ MORE 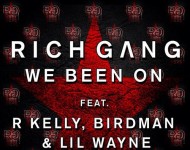 Cash Money readies for the release of "Rich Gang" with a series of singles featuring. The newest track "Have It Your Way," featuring T.I., Birdman, and Lil Wayne leaked Thursday night...READ MORE