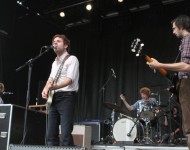 Dawes is getting ready to release its fourth studio album, All Your Favorite Bands, which is due out June 2. So far the band has given fans a taste of the effort with lead single "Things Happen," and now they've moved on to the LP's eighth track, "Right on Time."READ MORE 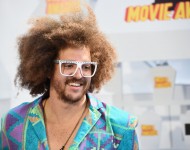 Redfoo, one half of LMFAO, recently announced his debut solo album, 'Where the Sun Goes.' The effort, which will feature the single "Juicy Wiggle," is due out this summer according to a press release. 'Where the Sun Goes' will be out via Redfoo's Party Rock Records.READ MORE 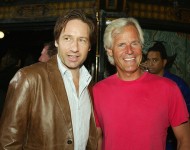 After 14 years, the FOX sci-fi drama The X-Files will return to the small screen January 24, 2016. According to The Hollywood Reporter, the six-episode series event will premiere following the NFC Championship Game. The series will feature David Duchovny and Gillian Anderson in their signature roles of FBI agents Fox Mulder and Dana Scully.READ MORE 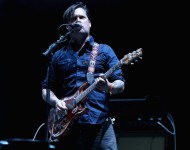 Modest Mouse Announces Summer Tour Dates Behind 'Strangers to Ourselves'

Modest Mouse has recently announced a summer tour in support of its new album, 'Strangers to Ourselves,' which dropped in March. The lengthy trek includes festival stops at Sasquatch!, Forecastle and Maha. The group will wrap things up in October at Austin City Limits.READ MORE 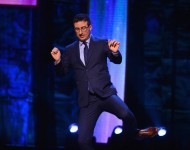 Few subjects are safe from the witty British host, John Oliver, on HBO's "Last Week Tonight." The former "Daily Show" correspondent has already tackled New Year's Eve and "Fifty Shades of Grey" and this past week, he took aim at standardized testing. As usual, he was right on the money.READ MORE 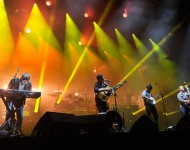 Mumford & Sons dropped its third studio album, 'Wilder Mind,' earlier this week. They celebrated by performing the lead single from the LP, "Believe" -- the first Mumford track to showcase the band's new sonic direction -- on "Late Show With David Letterman." The group also performed a full set on the new web series, "Legends on Letterman."READ MORE 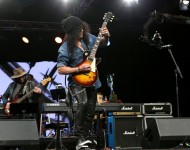 The Guns N' Roses saga continues: Slash recently appeared on CBS This Morning and said that a reunion of the classic lineup isn't out of the question. The guitarist also commented on his relationship with lead singer Axl Rose, with whom he's been feuding with since his departure from the band in 1996.READ MORE 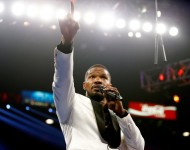 Jamie Foxx wasn't feeling the love following his performance of "The Star-Spangled Banner" Saturday, May 2 for the Floyd Mayweather-Manny Pacquiao fight. Viewers took to social media to criticize the rendition, but the actor/singer recently revealed there were more problems then just the creative choices he took. Foxx told Access Hollywood, among other outlets, that there were technical issues that contributed to the lackluster showing.READ MORE 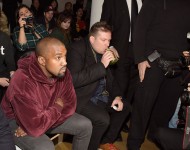 Vice Media made a big announcement recently regarding its new TV channel. The company is planning to launch a channel through A&E Networks - it will replace the History Channel's H2. Vice co-founder Shane Smith added just last week that Kanye West may have his own show on the network, NME notes.READ MORE 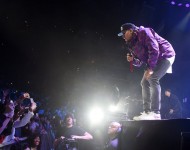 FOX is gearing up for the Season 14 finale of American Idol and there's a laundry list of talent slated to perform. The cable network recently announced that Chris Brown, Ricky Martin and some members of the Jackson family will join Steven Tyler, Fall Out Boy and Vance Joy on the final episode. Contestants Jax, Clark Beckham, Rayvon Owen and Nick Fradiani will sing tonight, May 6, to see who makes it to the finale.READ MORE 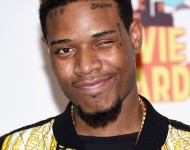 Fetty Wap stopped by The Tonight Show Starring Jimmy Fallon to perform his massive hit "Trap Queen." He was in good company, as most of the musical guests on the show are, with The Roots bringing some extra Philadelphia flavor to the rap song.READ MORE 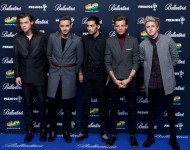 One Direction is entering a new period of its career that doesn't include Zayn Malik, who left the group in March. The four remaining members -- Louis Tomlinson, Niall Horan, Liam Payne and Harry Styles -- soldiered on following the news, performing live overseas and starting work on a new album. The group recently announced that its first late-night TV appearance sans Malik will occur May 14 on "The Late Late Show with James Corden."READ MORE 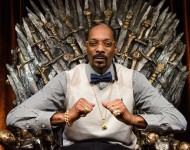 Snoop Dogg is getting ready to release his 13th album, Bush, and fans can stream the album over at iTunes Radio a full week ahead of its release. The Pharrell Williams-produced will feature guest appearances by Stevie Wonder, Gwen Stefani and Kendrick Lamar. So far the rapper has shared "Peaches N Cream," "So Many Pros" and "California Rolls."READ MORE 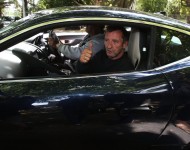 AC/DC's Phil Rudd Speaks Out: 'I've Seen the Error of My Ways'

Phil Rudd is out on bail following a hearing last month where the AC/DC drummer pleaded guilty to charges of drug possession and threatening to kill a person. During a recent interview with Australia's A Current Affair, Rudd talked about his legal troubles and what communication has been like with his former bandmates, who are currently on tour in support of Rock or Bust.READ MORE 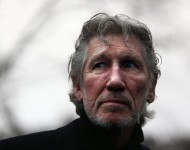 Roger Waters on Pink Floyd Reunion: It's 'Out of the Question'

Roger Waters has once again crushed any hope of a full Pink Floyd reunion. The singer recently spoke to The Times to confirm that he has no desire to get back together with Nick Mason and David Gilmour, who released The Endless River - Floyd's 15th studio album - just last year.READ MORE