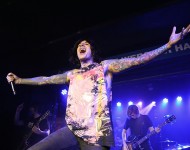 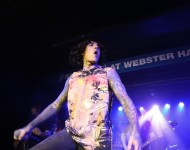 British rock band Bring Me The Horizon does not have a great history with UK pop band Coldplay, so when lead singer Oli Sykes trashed the Super Bowl halftime show headliners' table at this week's 2016 NME Awards, many thought the worst. Sykes previously voiced his anger over Coldplay's Head Full of Dreams cover art resembling his own band's Sempiternal flower. So did he target Chris Martin and company at the awards ceremony during the performance of "Happy Song" or was it just a coincidence?READ MORE 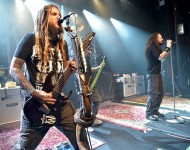 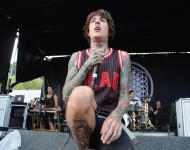 In the midst of their current tour in support of their latest record That's The Spirit, Bring Me The Horizon have announced a one-off show at London's massive Royal Albert Hall backed by a full orchestra, in support of the popular cancer charity Teenage Cancer Trust.READ MORE 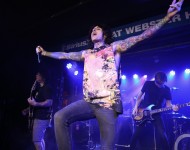 As Coldplay continue their process of unolling their brand new album A Head Full Of Dreams, British metalcore band Bring Me The Horizon have been sticking to their accusations that the mainstream pop rock outfit stole their album artwork. In a recent interview, frontman Oli Sykes says that Chris Martin "could have just Googled" their artwork before copying them.READ MORE 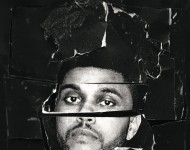 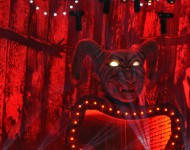 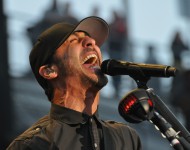