McKenzie Bell, Guitarist for He Is Legend and Bloodjinn, Dies at 35

McKenzie Bell, former guitarist for North Carolina bands He Is Legend and Bloodjinn, has passed away. No official cause of death has been revealed so far. The guitarist was 35.READ MORE 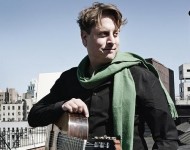 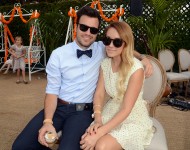 It seems like just yesterday that MTV was dominating Wednesday night reality television with 'The Hills'. It was must-see tv for a key demographic of women that tuned in religiously to see what Lauren Conrad and her mish-mash of spoiled friends were up to. Even then it was kind of obvious to fans that Lauren was going to have a great career in fashion and sure enough her Paper Crown designs have turned into a multimillion dollar business. Yesterday her love life officially became just as on point as she finally married former Something Corporate guitarist William Tell in a private ceremony.READ MORE 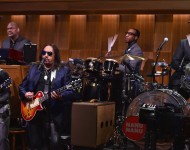 Tuesday night’s Tonight Show Starring Jimmy Fallon was “grooving” due to former Kiss guitarist Ace Frehley sitting in with the legendary Roots crew. And while the two appear to be complete opposites in terms of music, they came together quite nicely during last night’s episode for a version of “New York Groove.”READ MORE 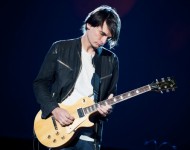 Following up on our report about Radiohead guitarist Jonny Greenwood’s collaboration with the Australian Chamber Orchestra on a piece entitled Water, we finally bring news of when you can hear the work. Live and in-person. A composition for strings, piano and a South Asian...READ MORE 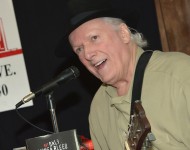