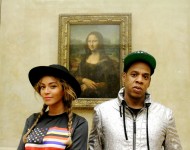 Beyoncé and Jay-Z have had one heck of a year. Aside from earning an estimated $95 million, the couple has also been dogged by rumors about the status of their six-year marriage. One little bit of elevator surveillance tape that showed Solange Knowles beating on Jay was all it took for months of speculation to swirl. Instead of going their separate ways at the end of their joint tour in September, Beyoncé and Jay instead decided to vacation together, and apparently France left a lasting impression, according to the "Daily Mail." The couple spent quality time in Paris with their daughter Blue Ivy and various outlets are now saying that there is an excellent chance that Beyoncé and Jay will spend the majority of next year living there. Sources claim the couple has decided it is time to expand their family, and Beyoncé is looking forward to the idea of having a stress-free pregnancy in the City of Lights. She also kind of likes the idea of Blue Ivy picking up French as a second language in a natural way by living in Paris.READ MORE 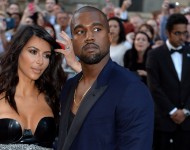 Kanye West Is Ready to Move to Paris with North West, Leaving Kim Kardashian Behind to Focus on Her Image and Career in LA

Kim Kardashian has not exactly had much success when it comes to love. Kanye West is her third husband, and the fact they share a daughter, North West, might be the main thing that prevents her from pulling the plug on their already shaky union. The thing is, for once she is dealing with a man who is as headstrong and determined to do things their way as she is, so their clashes have been epic. According to "Radar Online," the most recent one occurred last week on the night of her birthday bash, and it left Kardashian completely reeling. West loves his life in Paris — do not forget he chose to abandon Kardashian for half her pregnancy in order to spend his time in the City of Lights — and has been dropping hints for a while now about wanting to relocate there full time. Until now, Kardashian has kind of shrugged off the idea because her life, family and career is based in Los Angeles, but finally it seems these two have hit a crossroads.READ MORE 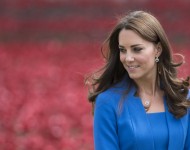 After about a month of being sidelined by severe morning sickness, Kate Middleton is expected to return to her royal duties in October.READ MORE