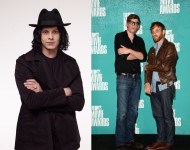 The Black Keys and Jack White are famous for their rivalry, but apparently they also have a common enemy: TMZ.READ MORE 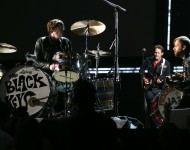 6 Bands Who Shouldn't Have Switched Producers: The Black Keys, R.E.M., and more

It's usually a good idea to try out new things, especially when it comes to music, but these six bands probably should have stuck with the producers who brought out their best sound.READ MORE 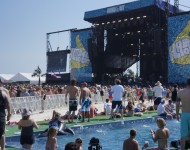 The 2014 Hangout Music Festival kicked off Friday in Gulf Shores, Alabama. We posted yesterday about our favorite things from the festival pre-party, and today we bring you the highlights of Day 1. We saw Allen Stone and Ingrid Michaelson at the Chevrolet Stage, The 1975 at the Palladia Stage, Childish Gambino and STS9 at the Boom Boom Tent, and finally Dawes and The Black Keys at the Hangout Stage. Check back tomorrow for our Day 2 highlights!READ MORE 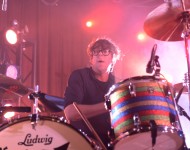 Patrick Carney remains one of the most hilarious artists on Twitter and one of the most high profile drummers in the music world, so it's only right that he would mix his love of Internet culture and promotion for the new Black Keys album Turn Blue.READ MORE 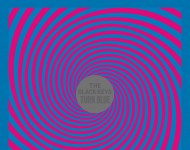 Music Times writers share an office area of roughly 45 sq. ft, which makes having face-to-face conversations totally impossible. Junk Mail is these millenials attempt to discuss and review the week's hottest album releases... without needing to look at each other. This week: Ryan Book, Caitlin Carter, Joey DeGroot, and Carolyn Menyes email back and forth about the Black Keys' "Turn Blue."READ MORE 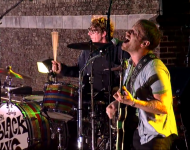 After their lackluster performance on Saturday Night Live last weekend, The Black Keys brought it for their dual Letterman performances. In celebration of the release of their eighth studio album, Turn Blue, Dan Auerbach, Patrick Carney and company took the stage outside the Ed Sullivan Theater for both The Late Show and the Live on Letterman webcast series.READ MORE 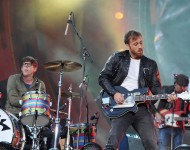 The Black Keys' eighth studio album is due out May 13 via Nonesuch records. They’ll be touring in support of the effort from mid-May through the end of December, beginning with an appearance at Hangout Music Festival in Gulf Shores, Alabama. The duo will then cross the pond for a string of European festival slots throughout June and July.READ MORE

Lana Del Rey just released the video for her song “West Coast,” off her upcoming sophomore album Ultraviolence. As previously reported, The Black Keys’ Dan Auerbach, who won Producer of the Year at the 2013 Grammys, is producing the effort. In a recent interview with Rolling Stone, he spoke about the unlikely collaboration with Del Rey and his role in her new album.READ MORE

The Black Keys released the video for their new single “Fever” today, from their upcoming album Turn Blue. Here are my impressions of the video after watching it just one time.READ MORE 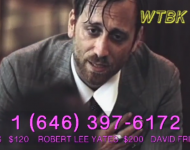 The Black Keys play televangelists on video for 'Fever,' off their upcoming album, 'Turn Blue' [WATCH]

The Black Keys have gone back to their public access television roots with the new video for "Fever," off their upcoming studio album, Turn Blue. Back in 2004, their highly acclaimed music video for "10 A.M. Automatic" took place on a public access TV show with a rabbi preaching to an elderly audience.READ MORE

In anticipation for their upcoming album, Turn Blue, The Black Keys stopped by BBC Radio 1 with Zane Lowe to chat about the record and share some new material. They played the previously released "Turn Blue" and "Fever" and premiered a new track "Bullet in the Brain."READ MORE

The Black Keys, St. Vincent to round out 'Saturday Night Live' season 39 as musical guests

Saturday Night Live is continuing its season 39 love affair with rock 'n' roll. Today (April 23), it was announced that The Black Keys and St. Vincent will be the musical guests for the final episodes of the 2013-2014 season.READ MORE

The Black Keys feature sampling and their longest song yet on upcoming album, 'Turn Blue'

The Black Keys' eighth studio album, Turn Blue, is due out May 12. The duo has already dropped their first single, "Fever," and in a recent interview with NME, they revealed that the 11-track effort will feature both their longest song yet and their first foray into sampling.READ MORE

As promised, the Black Keys have released their first new song in almost three years, "Fever." It follows last week's announcement of the upcoming album, Turn Blue, which was revealed in a tweet from boxing legend Mike Tyson and pointed fans to a bizarre commercial for the record.READ MORE