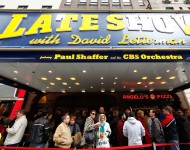 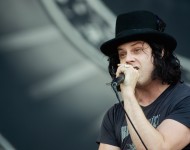 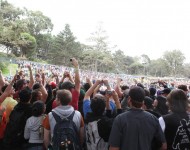 San Francisco's Outside Lands Festival will feature the headlining talents of Mumford & Sons, Kendrick Lamar, Elton John and The Black Keys this year. The event is scheduled for Aug. 7-9 at the Golden Gate Park. Tickets for the festival go on sale Thursday, March 26.READ MORE 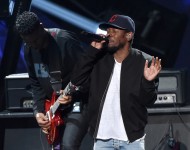 Montreal's Osheaga Festival has announced its 2015 lineup, and it is a big one. Celebrating its 10-year anniversary, the festival will welcome headlining acts Florence + The Machine, Kendrick Lamar, The Black Keys, Weezer, Alt-J, Of Monsters and Men, Edward Sharpe & The Magnetic Zeros, Nas, Kygo, Interpol and others to Parc Jean-Drapeau, east of downtown Montreal on the St. Lawrence River. The three-day festival will host a wide variety of different acts from hip-hop to rock to indie and EDM with more than 100 acts announced to perform.READ MORE 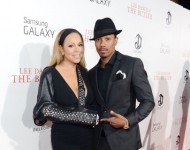 Between the announcement that Killer Mike has suffered a torn rotator cuff during the onstage attack upon Run The Jewels at South by Southwest to the Black Keys canceling another wave of tour dates so that Patrick Carney could recover from a dislocated shoulder he received from a giant wave in the Caribbean during January. In other words: It's been a bad week for musical shoulders. Music Times looked back at a collection of injuries to that region of the arm that other music figures have suffered on recent memory.READ MORE 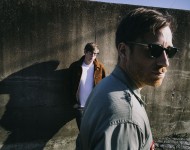 The Black Keys Cancel Tour Through April Due to Patrick Carney's Shoulder Injury: 'Weight of Love' Band Still On Board for Governors Ball, Primavera Sound

Though The Black Keys promised that Patrick Carney's shoulder injury would make him good to go on tour starting in April, it turns out the "Weight of Love" band has been forced to cancel more live dates.READ MORE 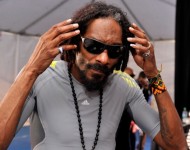 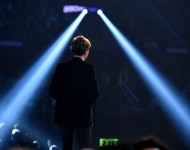 Grammys 2015: 'Who Is Beck' Trends on Twitter After 'Morning Phase' Beats Out 'Beyoncé' for Album of the Year

Following Beck's big upset over Beyoncé for Album of the Year, confused millennials flocked to Twitter in order to joke about the win and find out about the artist. "Who is Beck" had a brief but impressive trending stint on the social media site during the tail end of the 2015 Grammys. Beck supporters took to Twitter to help out the BeyHive and enlighten them as to who the "Morning Phase" artist is.READ MORE 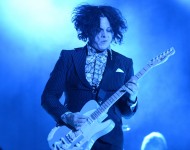 Even though rock music may not impact the charts much anymore, there's no denying that the ever-evolving genre is as interesting as ever. Just look at the 2015 Grammys nominations for Best Rock Performance. Offerings from Ryan Adams, Arctic Monkeys, Beck, The Black Keys and Jack White make this category one of the most varied of the year.READ MORE 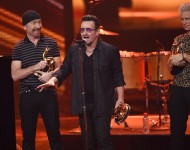 Grammys 2015 Best Rock Album, Who Should & Will Win: Can Ryan Adams Beat Out U2, Beck and The Black Keys?

The Best Rock Album category isn't normally a big deal at the Grammys, which is really a celebration of everything pop. This year is a different story, though. U2 is up for the award thanks to their September release, Songs of Innocence, or better known as That One They Gave Away for Free. The Irish band caught a fair amount of criticism from iTunes users and fellow musicians when the album magically appeared in their digital libraries. That will be the big storyline going into Sunday for the Rock Album category rather than the fact that Ryan Adams, Beck, The Black Keys and Tom Petty all had spectacular titles to their credit in 2014.READ MORE 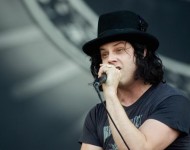 Grammys 2015 Best Rock Song Nominees, Who Should Win & Who Will Win: Jack White, Paramore and The Black Keys Duke It Out

On Monday, Feb. 2, we lamented the lack of experimentation in the 2015 Song of the Year category, and there is not much to be excited about in the Best Rock Song category, either. Album of the Year rivulet "Blue Moon" -- from Beck's "Morning Phase" -- is one of the favorites, along with Paramore's "Ain't It Fun" and Jack White's "Lazaretto." Who should win and who will win at the Grammys?READ MORE 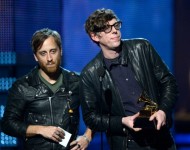 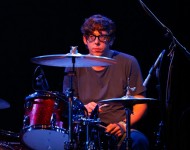 Though he was able to joke about it on Instagram, it seems like The Black Keys's drummer Patrick Carney's shoulder injury was a little more serious than initially thought. And due to the injury, the "Weight of Love" band has been forced to cancel its forthcoming European tour.READ MORE 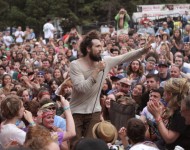 Just when you thought you hadn't seen enough festival lineups for the past 10 days, another gets announced. New York State festival, Mountain Jam, has gotten in on the action with its lineup that features The Black Keys, Robert Plant and the Sensational Space Shifters, Alabama Shakes, Big Gigantic, Rebelution and many more. Further additions to the lineup include, Dopapod, Rusted Root, Nikki Lane, Michael Franti & Spearhead, Grace Potter and the Nocturnals and more.READ MORE