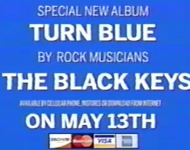 The Black Keys use Mike Tyson to announce new album, 'Turn Blue,' due out in May [WATCH]

The Black Keys have revealed the title and release date of their upcoming eighth studio album. Entitled Turn Blue, the effort is due out May 13. However, their method of unveiling their latest project was a little bizarre.READ MORE

The Black Keys have announced the release of their first new song in three years due out Monday, REVOLT reports. The track, "Fever," will premiere on US rock stations at 3:30 EST. However, no other details have been given about the song.READ MORE

The Black Keys' Patrick Carney and Dan Auerbach may have moved out of their Akron, Ohio, homes years ago, but the rocking hometown heroes are still giving back to the community they grew up in. For the second year in a row, the "Lonely Boy" band is sponsoring a Little League team in the AK-Rowdy.READ MORE

Super Bowl concerts in and around New York City [SCHEDULE]

With the weekend soon approaching, there are opportunities in and around New York City for football and music fans. VH1, Citi Bank, Bud Light and EA Sports, Fox Sports, ESPN, Live Nation, Pandora, Direct TV, REVOLT and more are hosting Super Bowl concerts to hype up the big game. A blizzard may be headed our way, but the acts headed to the Big Apple are hot. Check out a list (via Billboard) of events that begin tonight (Wednesday January 29) through Sunday and let us know if you'll be heading out to any of them!READ MORE

The Super Bowl is about to get some "Everlasting Light." The Black Keys, Band of Horses and John Legend have partnered up with Citi and some of sport's biggest stars for a series of concerts in New York leading up to the biggest night in football.READ MORE 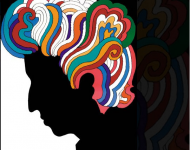 The Black Keys member Dan Auerbach recently divorced his wife Stephanie Gonis, and in August, TMZ reported that part of the settlement, beyond the $5 million, a car, and a house, Gonis was walking away with Bob Dylan's hair.READ MORE

Welcome to Freak Friday. Each week we highlight a new cover song that we're crazy about. Have suggestions? Send them our way! This week, we give you... Matt Corby covering The Black Keys' "Lonely Boy"READ MORE

Last week Today show hosts Al Roker and Matt Lauer were given an on-air prostate exam. It was pretty awkward. But to follow it up the way only Stephen Colbert can, the Colbert Report host decided he would take the exam up a notch.READ MORE

In the world of tabloid news and rock revival news, it's been all about the divorce between White Stripes guitarist Jack White and his wife, Karen Elson. During the coverage of that unfortunate happening, one bit that made news was the revelation of e-mails in which White refers to Dan Auerbach of the Black Keys as an "a--hole." It's also sad that Auerbach, the frontman for the next biggest band in the revival scene behind the Stripes, is also going through a divorce. And his also comes with a bizarre headline. READ MORE

It became widely known yesterday that guitarist Jack White had been served a restraining order by his former wife Karen Elson, who cited harassment on his part. White seems to dispute how out of line his ex-wife claims him to be, but new details have confirmed one thing: The story about White not wanting his children to attend a particular school just because one of his "rival's" children went there are totally true. E-mails released on Friday show that the "rival" in question is Black Keys guitarist Dan Auerbach. READ MORE