First it was Jackie Evancho on 'America's Got Talent'...Then it was Amira on 'Holland's Got Talent'...Now 7-year-old Angelina Jordan has become the latest pint-sized prodigy to amaze the judges with her mature-sounding voice, during an audition for 'Norway's Got Talent' in which she sang a cover of Billie Holiday's "Gloomy Sunday."READ MORE

Amira Willighagen, age 9, sang Puccini's "O Mio Babbino Caro" during a recent audition for Holland's Got Talent. Her performance stunned the judges, who found it hard to believe that such a lovely, mature-sounding voice could come from such a small girl...READ MORE 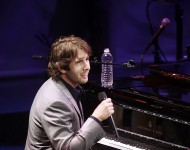 America's got talent. No, literally; "America's Got Talent" is stocking its final episode with so many performers that the final six contestants might be forgotten about entirely. READ MORE

WATCH Backstreet Boys Perform 'In A World Like This,' 'I Want It That Way' on 'America's Got Talent' [VIDEO]: Nick Carter Takes Light Jabs at One Direction, The Wanted on Twitter 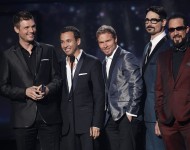 Who says Backstreet Boys don't have a dedicated fan base anymore? After fans wrote letters and campaigned for BSB to perform on "America's Got Talent," the "I Want It That Way" have confirmed that they will appear on an upcoming...READ MORE