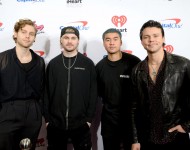 5 Seconds of Summer is gearing up for another comeback as band member Ashton Irwin announces the exciting news on social media.READ MORE 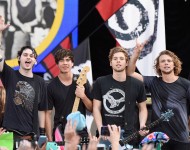 The boys of summer are back at it again. Australian pop-punkers 5 Seconds of Summer launched their Sounds Good Feels Good Live tour in June, and the band has been seeing some solid ticket demand along the way.READ MORE 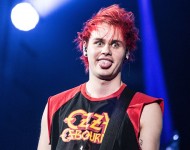 5SOS are expected to drop their sophomore album sometime in 2015, but they've found a way to tide their insatiable fans over with a new concert record, LIVESOS (due Dec. 15).READ MORE 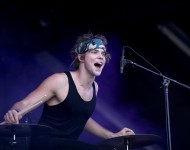 5 Seconds of Summer were forced to cancel two international trips this month after band member Ashton Irwin came down with a nasty case of appendicitis, leading to an emergency surgery. The "Good Girls" band has had to scrap plans to appear at the BBC Radio 1 Teen Awards this weekend and a short tour of Japan.READ MORE 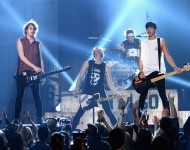 Jimmy Fallon’s Tonight Show audience appeared to be completely wrought with teenage girls during last night’s episode. Why? Easy… because the boys of 5 Seconds of Summer were there to perform – several times!READ MORE 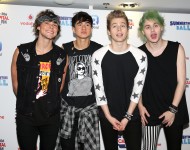 Punky boy band and One Direction protégés 5 Seconds Of Summer just released its debut, self-titled album last month, but the "Amnesia" group is already looking forward to album No. 2. In a new interview, 5SOS drummer Ashton Irwin teased that his band is already thinking about the follow-up to 5 Seconds of Summer.READ MORE