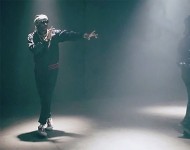 In February, Future released his EVOL album, which features The Weeknd on a track called “Low Life.” According to the rapper’s Snapchat account, the two were recently shooting a video for their collaboration.READ MORE 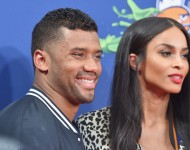 Ciara's fans seem to have her back when it comes down to parental skills, and were quick to voice their support of her when a video that showed the singer's current boyfriend, Russell Wilson, traveling with her and rapper Future's son, without her being present went viral.READ MORE 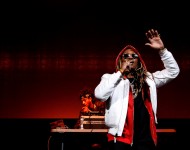 Since the release of Kanye West’s The Life of Pablo, there have been countless comparisons between Future and West’s latest G.O.O.D. Music signee, Desiigner.READ MORE 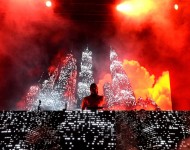 In less than a month, Baauer is dropping his debut full-length album, Aa. Ahead of the release, the "Harlem Shake" producer has shared a new track, "Kung Fu," which features Future and Pusha T.READ MORE 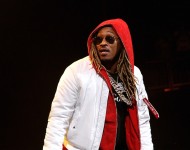 If you've heard "Panda" earlier this month, you probably scratched your head a bit at the new G.O.O.D. Music signee, Desiigner, and the way he raps his verses. You were also probably taken aback at the rapper's rhymes on Kanye West's Life of Pablo track, "Father Stretch My Hands, Pt. 2." You're confused because Desiigner, an 18-year-old Brooklyn rapper, sounds just like Future, a popular hip-hop artist that you've definitely heard before and who has collaborated with West a few times. Considering the similarities, the Internet erupted with some hilarious "When Future Meets Desiigner" memes, most of which are on Twitter for your enjoyment!READ MORE 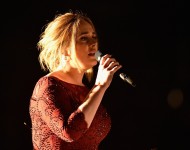 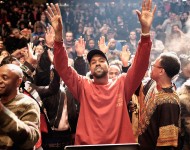 Following the release of his TIDAL-exclusive album, The Life of Pablo, and a couple of lengthy online rants, Kanye West returned to his Twitter account on Thursday (Feb. 18) and hinted at more new music with Drake and Future.READ MORE 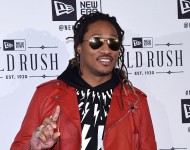 This year is already shaping up to be a great one for Future. The Atlanta rapper is slated to make his SNL debut in March and Jonah Hill will host.READ MORE 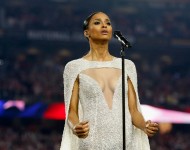 Ciara and Evol rapper Future are completely at war with one another after she filed a $15 million dollar lawsuit against her former beau for libel and slander. In a new twist of events for the former couple, some of their lawyers' email correspondence has now been leaked to the public outlining the potential cause of the pending lawsuit.READ MORE

Future Fires Back at Ciara's $15 Million Lawsuit for Slander & Libel

Future is firing back at Ciara’s $15 Million lawsuit against him for slander and libel, and reportedly think that the lawsuit is “absurd.” Ciara’s lawsuit states that Future used a series of tweets and interviews to slander her, but the rapper reportedly finds this absurd considering that Ciara has also dissed him openly in the press.READ MORE 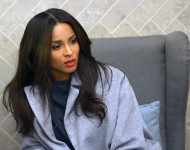 Ciara Suing Future for $15 Million for Slander and Libel About Their Son, Russell Wilson

Ciara and her ex-fiance Future have had a tenuous relationship for some time regarding their son, baby Future. The father of her son is known to make defamatory statements in the past regarding her parenting skills, as well as dissing her relationship with new boyfriend Russell Wilson. Taking a stand against her ex, Ciara is now suing her ex for $15 million for his slander and libel against her.READ MORE 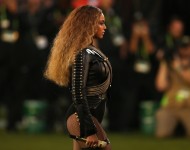 Each and every week we put together our favorite tracks that had premiered a few days prior into one magnificent mixtape to share with you and your friends. This time around we've decided to share new 2015 songs from Beyoncé, Drake, Nicki Minaj, Pussy Riot and more right here!READ MORE 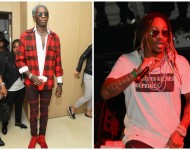 Last week, Young Thug finally shared a release date for his highly anticipated Slime Season 3 mixtape, but he’s had a change of heart as far as the project’s title. During a reignited Twitter beef with Future, Thug decided to swap out the name of the tape.READ MORE 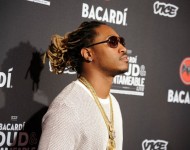 As January approached its close, Future hinted at more new music following the release of Purple Reign and it looks like he’s making good on his word. According to his Twitter account, the new project, titled EVOL, will be up for pre-order at midnight. Future also announced his deal with Apple Music.READ MORE 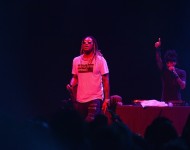 Directly on the heels of dropping his newly released mixtape, Purple Reign back on Jan.17, Future is now set to premiere his new album on Feb.5 on DJ Khaled’s Apple Music station.READ MORE