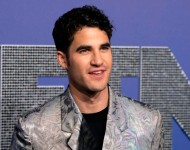 Darren Criss recalled his "Glee" days and revealed what he thinks was the worst cover the film ever made.READ MORE

Gloria Estefan Remembering Naya Rivera: "She Was A Wonderful Person"

Gloria Estefan paid respects to fellow Glee star Naya Rivera. "I have sent prayers out to her family. She was a wonderful person and an amazing singer."READ MORE 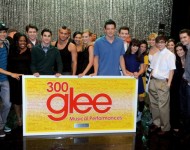 The hit musical comedy-drama from Fox aired from 2009 to 2015 for six seasons. It has also seen the deaths of two of its stars before Naya Rivera.READ MORE

Officials fear that "Glee" alum Naya Rivera might be dead after her son was found alone on their rented boat at a Southern California lake on Wednesday, July 8.READ MORE 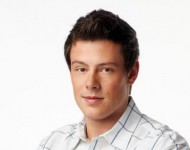 Cory Monteith’s mom said that her son, who was recovering from addiction, had a dental work that needed painkillers. This prevented the actor from staying off of drugs months before his tragic overdose.READ MORE

Since her boyfriend of two years and "Glee" costar, Cory Monteith, died in 2013, Lea Michele had a long road to finding love again, linking up with current boyfriend, Matthew Paetz, a year after Monteith's death. But there are still waves nearly three years after his death for the "Scream Queens" star. During an appearance on the 'Fempire' podcast this past Tuesday (Jan. 5), Michele talked her dating life post-Monteith and the social media backlash she sometimes receives for moving on.READ MORE 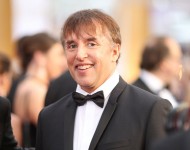 Richard Linklater Follows 'Dazed and Confused' With ‘Everybody Wants Some’ [TRAILER]

The first trailer for Richard Linklater's long-awaited film, entitled "Everybody Wants Some," has finally hit the internet. The award-winning director is calling it the "spiritual sequel" to his 1993 stoner cult classic, "Dazed and Confused."READ MORE 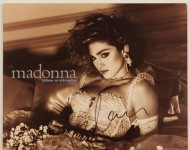 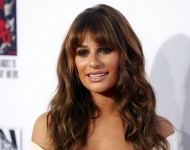 If there are two things that just seem like they will never fully go away in this world, it's Glee and the soundtrack to Disney's Frozen. And now, expectedly, the two have come together. Last week, the upcoming sixth (and final) season of the hit FOX show was teased with some short footage of Lea Michele's Rachel Berry singing the titular hit "Let It Go," and now the full version has arrived online.READ MORE

Glee is getting ready to let go and get ready for its final season. The long-running FOX musical comedy is readying its sixth (and last) season, and Lea Michele is doing it with a little help from Disney's Frozen. Oh yes, Rachel Berry will be singing "Let it Go."READ MORE 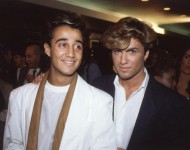 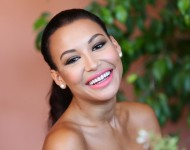 Kim Kardashian sure sent the Internet into a frenzy with the release of her nude Paper magazine cover. While her flicks remain a hot topic, some folks, like Naya Rivera, just aren't here for it. The Glee actress slammed Kardashian's photos and the reality star's friend took it upon himself to call her out.READ MORE 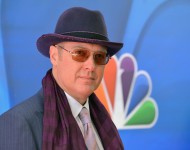 Will 'The Blacklist' Crash And Burn Like Several Other Hotly Anticipated Shows Have?

We are only two weeks into the new fall season and already fans are weighing in on what shows are clicking- and what ones need to get it together quickly. At this time last season all eyes were glued to The Blacklist. James Spader seems unable to do any wrong while onscreen and his ingenious way of bringing Ray Reddington to life had instant fans begging for more. Throughout the season so many questions went unanswered which was cool for viewers' who love a slow build up as long as there is a pay off in the end. Unfortunately, creeping into season two something feels very off to fans. It's not the kind of thing that you can put your finger on either, it's just not working as well it seems.READ MORE 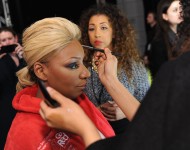 The Real Housewives of Atlanta's top dog, NeNe Leakes might be getting a new gig. It was announced earlier this month that E!'s Fashion Police will indeed return in spite of the death of Joan Rivers and that means that the show needs to hire someone to round out the panel. While filling Rivers heels would be nearly impossible, the show has apparently used this as a chance to go in a completely different direction and add some ethnic diversity as well. The network reportedly loves Neakes' ability to throw out zingers on demand and she is currently their front running choice.READ MORE 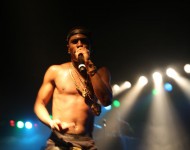 As promised, Big Sean dropped some new music. On Thursday, Roc Nation announced Sean officially joined the team and the Detroit rapper celebrated the announcement by revealing he would drop a new song.READ MORE