Hip-hop culture has been muscling its way onto the Great White Way for some time, with or without Hugh Jackman's rapping skills.READ MORE

Tupac's final words have been revealed by a police officer in an interview with Vegas Seven, HipHopDX reports. The officer, Chris Carroll, says he heard the last words ever spoken by the legendary rapper on September 7, 1996, the night he was shot in Las Vegas.READ MORE

Pac lives in this new musical "Holler If You Hear Me."READ MORE 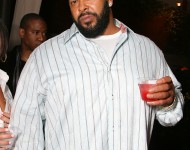 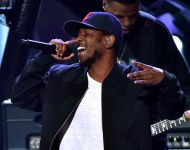 Kendrick Lamar has he's torn down the house again, this time in Vegas at the iHeartRadio Music Awards. With an introduction by Imagine Dragons' Dan Reynolds, Lamar paid tribute to fellow Compton legend by performing Tupac's classic "California Love" before segueing into his hit "m.A.A.d city" with his TDE backing band.READ MORE 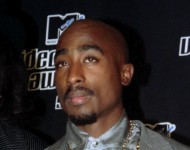 Saul Williams taking lead in 'Holler If Ya Hear Me,' the musical based on Tupac Shakur's music

Actor/performer Saul Williams has been named as the lead in the Broadway musical Holler If Ya Hear Me, the stage play based on the music of Tupac Shakur. The play is scheduled to begin preview performances on May 29, and it will open on June 19 at the Palace Theatre in New York City.READ MORE

Andrew Powell-Morse and the folks at BestTickets.com get a shout-out today, in thanks for publishing the best data analysis report we've read this month so far (it's only been two days, but this report is excellent). "Profanity in Rap Lyrics Since 1985" tracks just that, by taking five of the most popular albums from each year between '85 and '13 and counting up every curse word within.READ MORE

There are a lot of conspiracies out there in the world. The Americans never landed on the moon, Nessie is out there floating in Loch Ness, Elvis/Tupac Shakur/Marilyn Monroe and more never really died and are drinking crappy Dutch beer on a deserted island...READ MORE

Have you ever wondered what it would be like to hear "California Love" on a massive New York stage? Well, now you're in luck because the music of late, great rapper Tupac Shakur is heading to Broadway.READ MORE

Tupac Shakur reportedly auditioned to be in 'Star Wars'

Before his death, Tupac Shakur reportedly auditioned for the part of Jedi Master Mace Windu in 1999's Star Wars: Episode I — The Phantom Menace, according the website 2Pac-Forum. Rick Clifford, who worked as an engineer at Death Row Records, told the website in an interview that Shakur had told him about going to a reading with George Lucas for the film. Unfortunately for Pac, the part ultimately went to Samuel L. Jackson.READ MORE

Although the hottest legal item this week has been the closing statements on the Jackson Family's $40 billion lawsuit against AEG Live, there's a more prescient case for music fans that's also happening in California: Tupac Shakur's mother, Afeni Shakur, is suing Canadian record label Entertainment One for $1.1 million (the good news in this case is that there's logic behind that sum). READ MORE

Here, then, is today's news.READ MORE 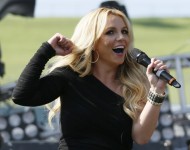 Britney Spears's Website Features Clock Counting Down to Sept. 17, Release Date for New Album? Possible Title 'All Eyes On Me'?

Combining Tuesday's themes of pop stars acting mysteriously and '90s superstars jumping back in the spotlight, Britney Spears posted a curious countdown ticker on her website with the caption "ALL EYES ON ME." READ MORE

Eazy-E of N.W.A. and Ol' Dirty Bastard of the Wu-Tang Clan to Appear at Rock The Bells Thanks to Hologram Technology

One of the highlights of this year's Rock The Bells Festival will undoubtedly be the hologram appearances of deceased hip-hop legends Ol' Dirty Bastard with the Wu-Tang Clan, and Eazy-E with Bone Thugs-N-Harmony. After the appearance of Tupac Shakur with Dr. Dre at Coachella in 2012, holograms have been all the rage in hip-hop, but few realize how much work goes into recreating a deceased star. For Eazy-E and ODB, it was a family affair. READ MORE