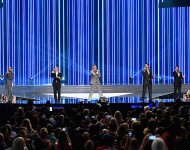 The 90s vocal group, Backstreet Boys, is about to release a new song in collaboration with the country music duo, Florida Georgia Line and teased the coming of a brand new album.READ MORE 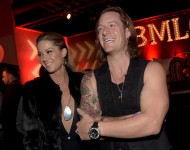 Florida Georgia Line's Tyler Hubbard spared no expense when he proposed to his girlfriend, Hayley Stommel, recently. The "Dirt" singer took his wife-to-be up in a helicopter to pop the big question. Hubbard talked about the moment with Taste of Country, saying that it was a special setting since his father died in a helicopter crash.READ MORE 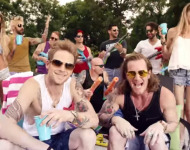 Country duo Florida Georgia Line have shared the music video for their latest single “Sun Daze,” which you can check out below. The video features Tyler Hubbard and Brian Kelley escaping from their monotonous office jobs — the music industry is pretty rough these days — to go to a huge pool party, with the only musical instruments in sight being some inflatable guitars. Check out the music video for Florida Georgia Line’s “Sun Daze” here: “Sun Daze” is the second single to be released from Florida Georgia Line’s latest album "Anything Goes," following “Dirt.” Anything Goes was released Oct. 14 and is the duo’s second studio album, their first since 2012’s "Here’s to the Good Times."READ MORE 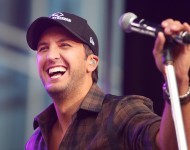 Luke Bryan fans rejoice! In a recent interview, the country superstar revealed that he's begun work on his next album, which will be the follow-up to his multi-platinum 2013 smash, "Crash My Party." Though there's no word yet as to the album's title or release date, Bryan says the songwriting process has begun and he will be entering the studio very soon.READ MORE